I take way more pictures than I share on here or other social media sites. What's the point of having all those pictures if I'm not sharing them with anyone? So, here's a peek at some of what happened in my week (please note that some of the pictures were shared...somewhere.) 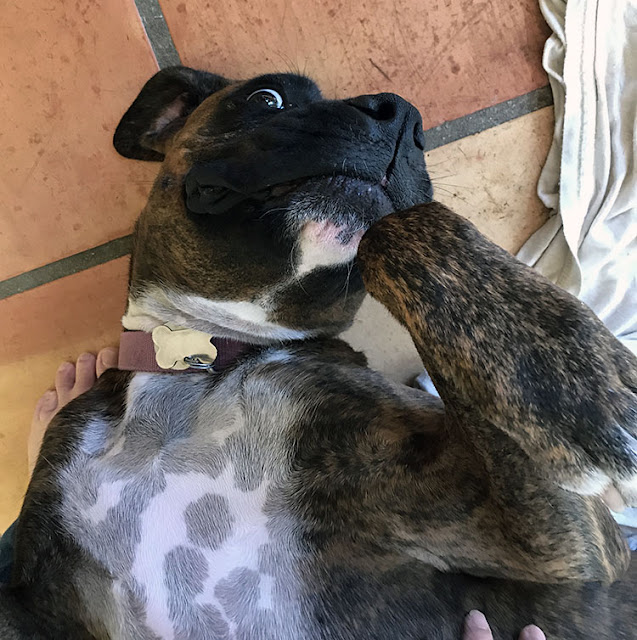 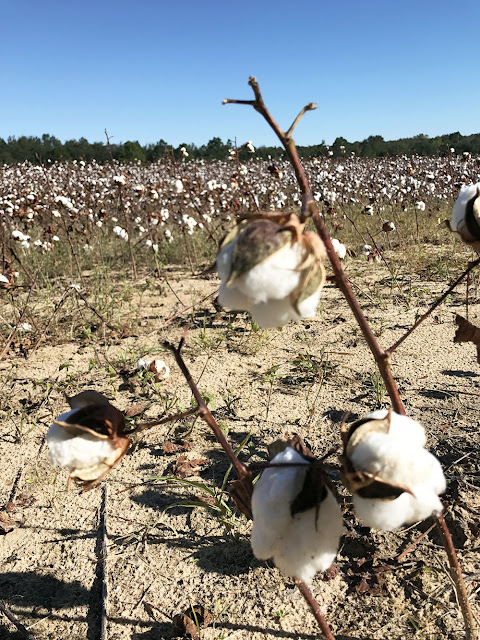 I discovered that the farm behind our property was growing cotton this year and couldn't resist sneaking out there for a few pictures. 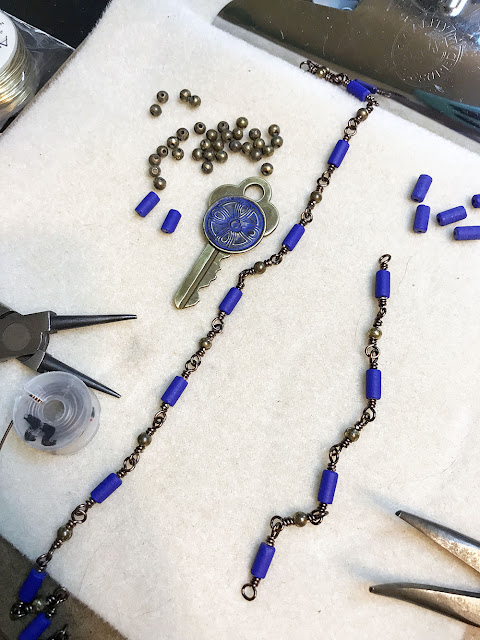 Monday started with work on pulling these components together into a necklace. 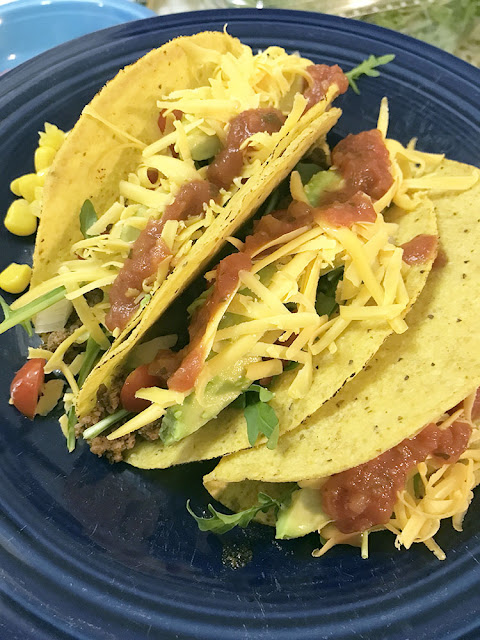 And, it doesn't have to be Tuesday to have tacos! They're still delicious. 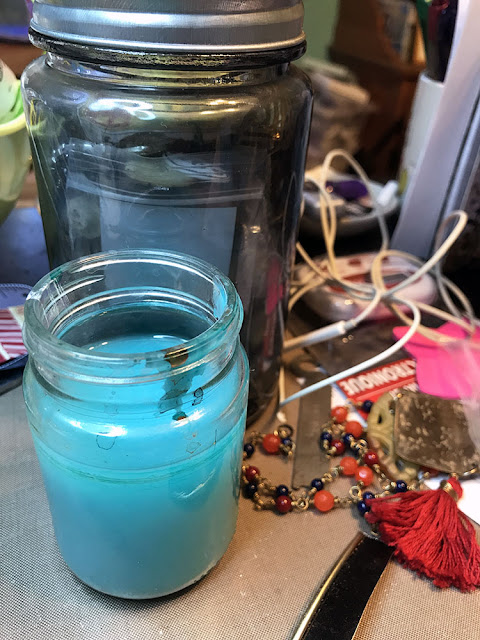 It was Tuesday when the hue of the paint water caught my eye. I don't even remember what I had painted, but that blue is absolutely dreamy. 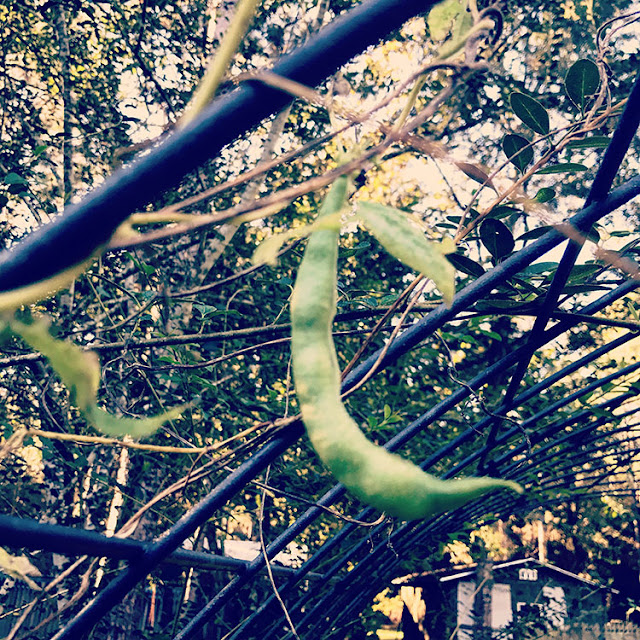 While out in the yard taking care of a few things, I spotted beans growing on our trellis. I had long given up on the beanstalks yielding anything. They had browned and withered to almost nothing. Since it was Halloween morning, we dubbed these "Zombie Beans". 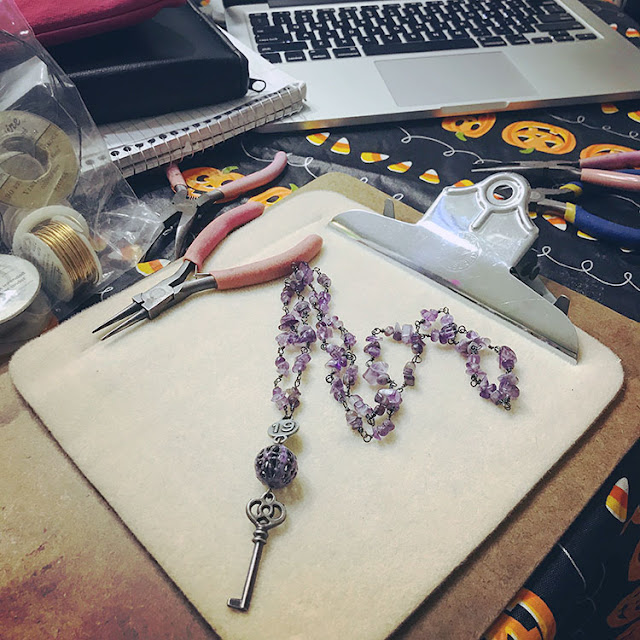 Knowing I would be at my mom's house for most of Wednesday, I made sure to take plenty to do with me. While waiting for a video to upload, I finished this necklace.

I was also able to get a few things added to the Etsy shop during the course of the week. 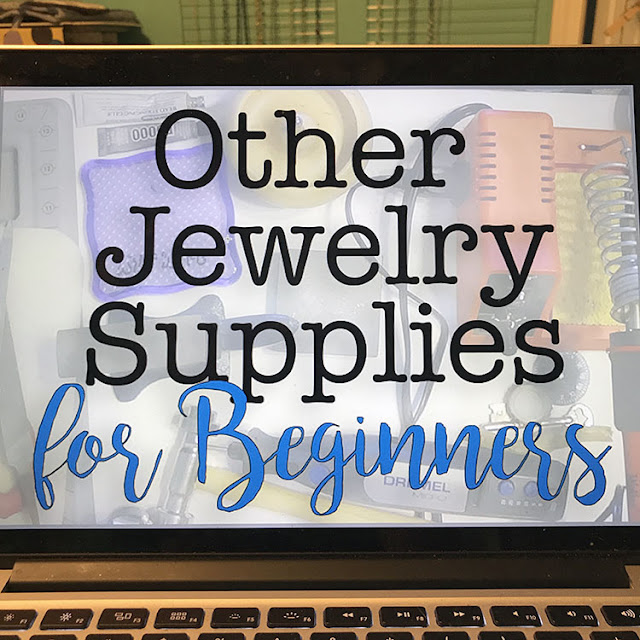 Thursday was spent working on the video/blog post for the fifth installment of my Jewelry-Making for Beginners series. 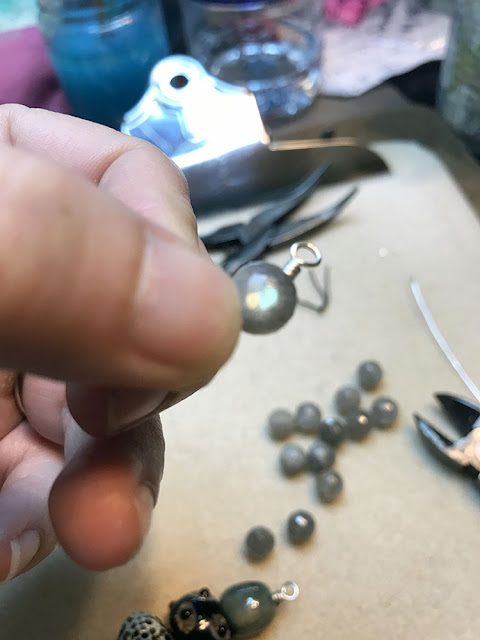 Once that was done, my focus went back to my own jewelry making. I become mesmerized by the color flashes in some labradorite beads. They're so pretty! 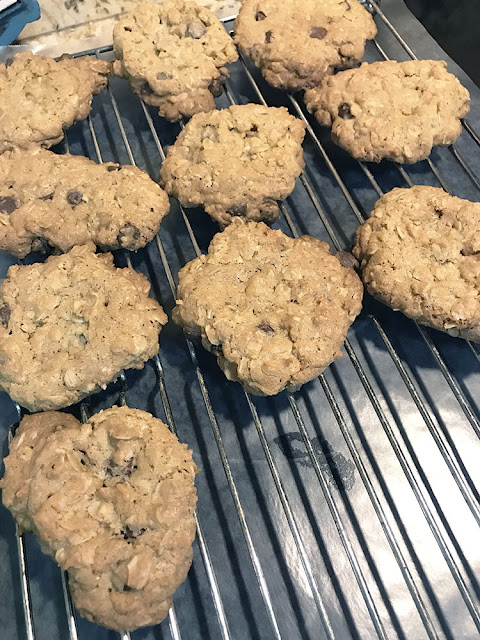 After dinner, I had a cookie craving. My old standby recipe for chocolate chip coconut oatmeal cookies came in handy. I hope to share that recipe very soon! 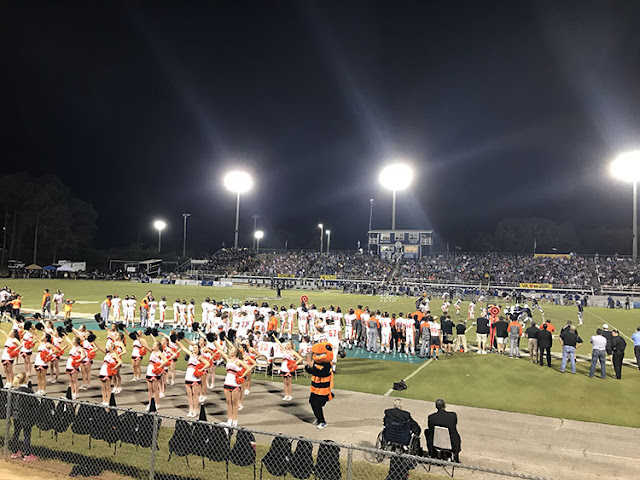 I spent almost all of Friday working on organizing my twitter (don't ask). That evening, I enjoyed watching my nieces march in the band at their last regular season football game. Since they won this game, their team is going into the playoffs! And yeah, I was too busy watching the band to actually get a picture of them (oops!) 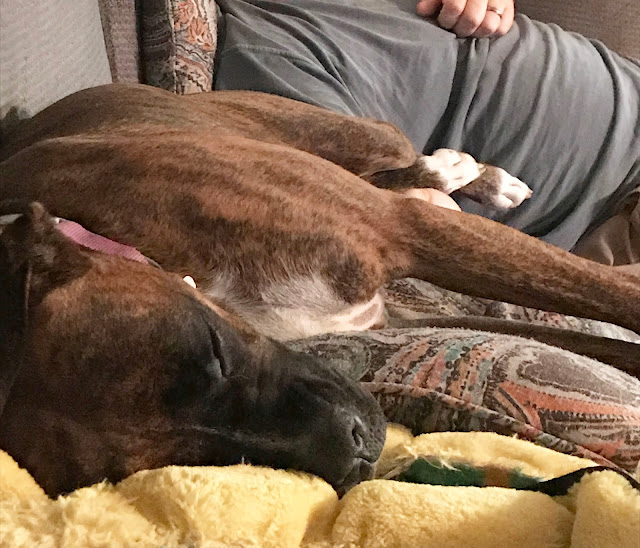 The hubby's been sick for WEEKS so Saturday was very low key, mostly spent watching college football (ROLL TIDE!) and recovering. Oh, and there was plenty of puppy snuggling of course!

That was my week for the most part. There were a few hiccups, but in pictures, it's a lot less frustrating. How was your week? What were the highlights for you?

Labels: pictures week in review
CraftyHope
I’m a jewelry-artist, treasure hunter, & nature-lover that finds joy in the smallest things. I hope to spread that joy and inspiration.