Friday Finds #8 - Spring on the Property

Ever since we moved out here on the property, the phrase I hear most often from other people is, "I just love seeing all the cool stuff you're finding at your new place." It's part of the reason I've started doing these Friday Finds posts. It's my way of giving back. . .or something like that. ha!

I've been anxiously awaiting spring just to see what kind of flowers and plants would start popping up. I haven't been disappointed. Even before the official start of the season, we started spying blooms all over that yard. Obviously, I had to take pictures of them. 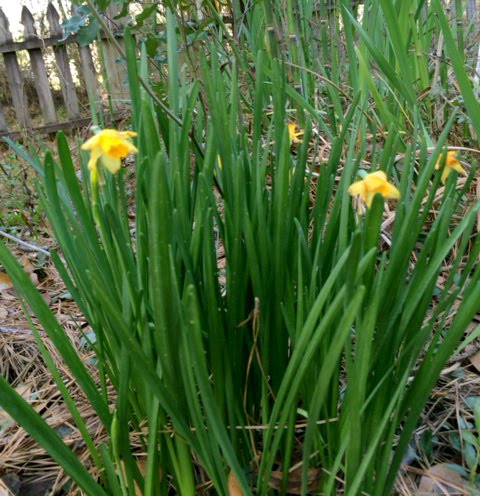 It started first with these miniature daffodils. I had no ideas there were here. You should have seen the happy dance I did when we discovered these by the pool. 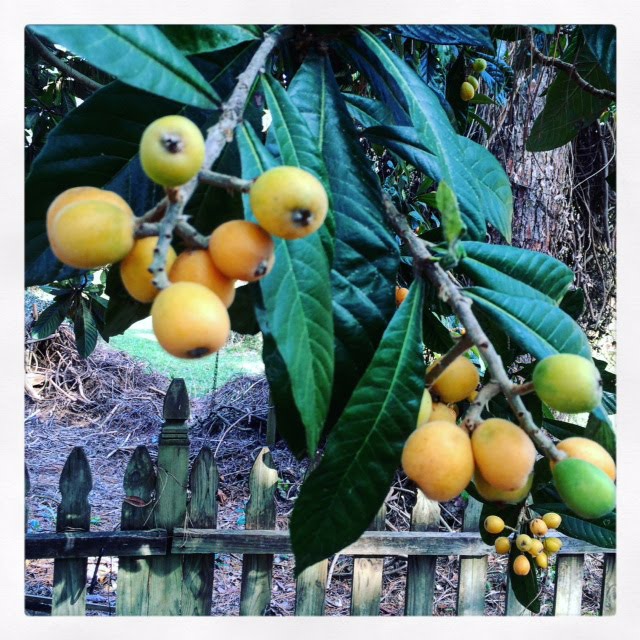 Before we knew it, the loquats started fruiting. I've already made my first ever batch of jam with some of these. Alas, I only got the one batch out of them because they've already finished fruiting. I'll have to be quicker next year. 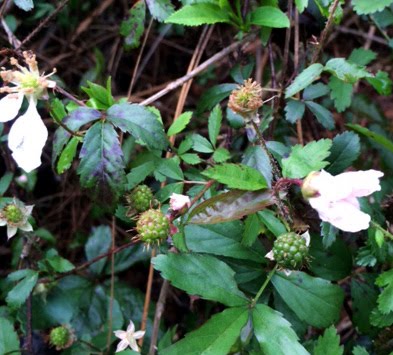 Early into the season, we saw the unmistakable thorny vines of blackberries (dewberries?) snaking their way over a small wisteria bush. We've let it be in the hopes of some more fresh fruit. 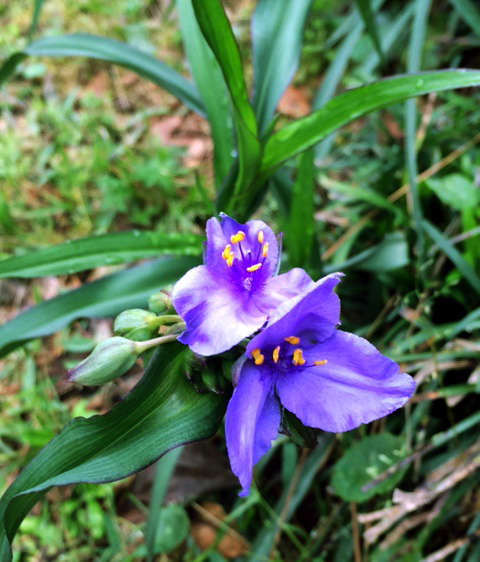 These weedy purple flowers have popped up all over the yard. Using the Garden Answers app that we both downloaded to help us identify all the plant life in our yard, we learned that it's called Spiderwort. Despite the name, I think it's pretty. 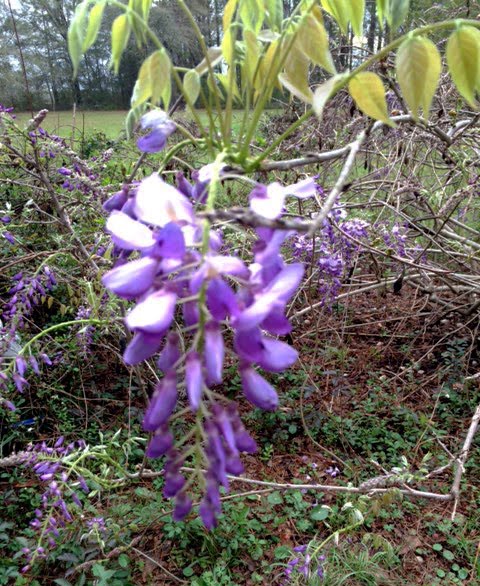 Ever since we moved in, I've been anxiously waiting for the wisteria to bloom. I wanted to know if we had white or purple. It's all purple, but that's okay - it still smells heavenly either way. 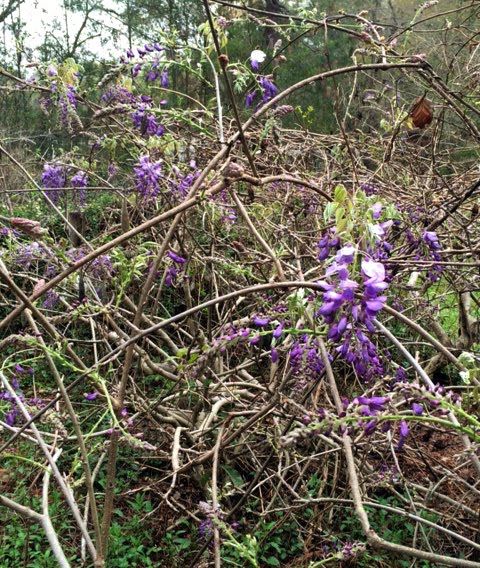 While we've always known that wisteria can be invasive, we're learning just how invasive. It's insane. Leaves are popping up everywhere from vines that run under the grass. One of these vines wrapped around the riding lawnmower the other day, almost breaking it. I guess we'll just have to keep it in better control if I want to keep it.

I hadn't paid much attention to a rather large bush in the way back yard. However, as soon as spring hit, it begged for attention. 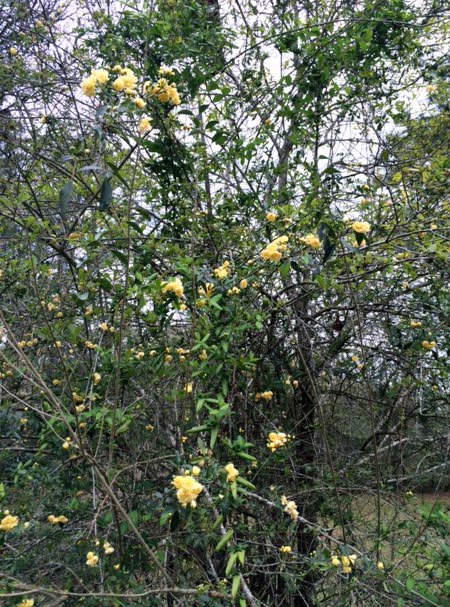 These clusters of small yellow roses definitely caught my eye. 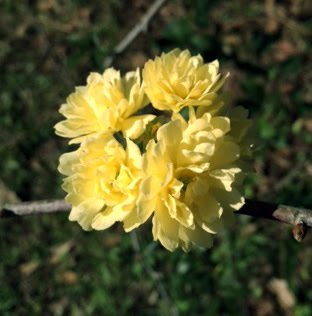 See how beautiful they are up close! According to my app, they're Carolina Roses. Very cool. 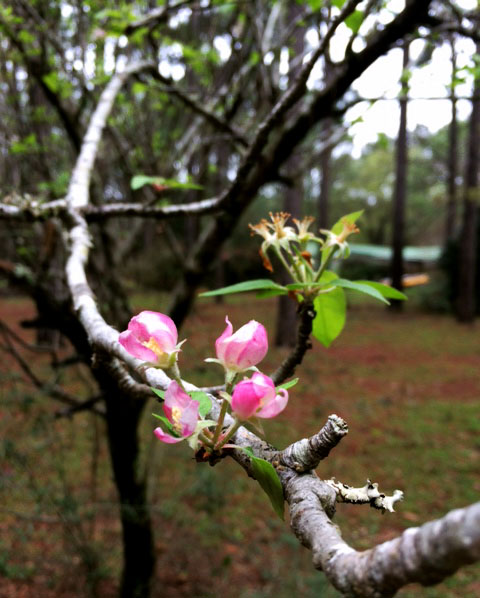 These little buds are scattered on a tree in the back also. We're still not quite sure what they are. The app gives us several options from dogwood to apple/pear. 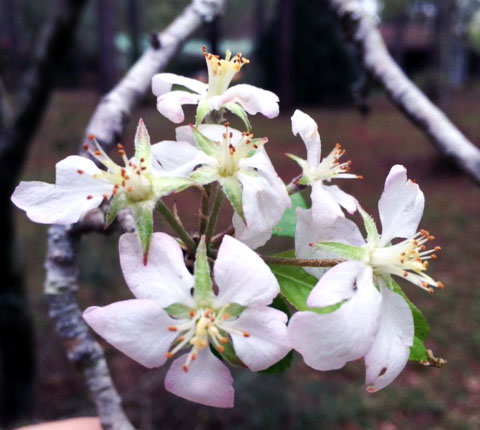 Another plant I was excited to find we have on the property is hydrangea. 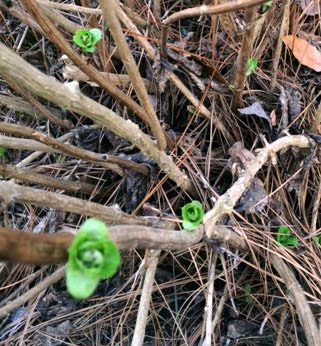 Pat's not super keen on them, but I adore their beautiful clusters. Now to just wait for the leaves to finish filling in and then sometime soon hopefully I'll get to see what color they all are.

If you remember any of the pool and property tour I offered up back in October, you may remember all the bamboo we have. Well, now the shoots are starting to come up all over the place. 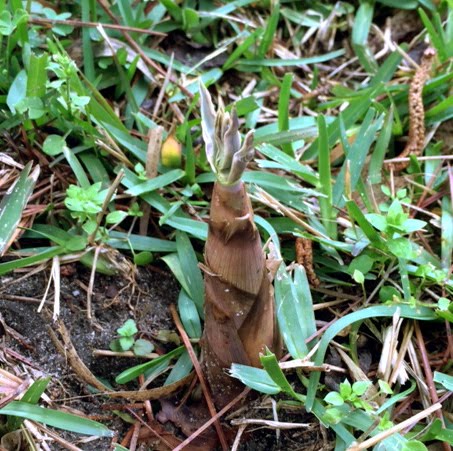 Some of them are kinda tiny, if we catch them in time. 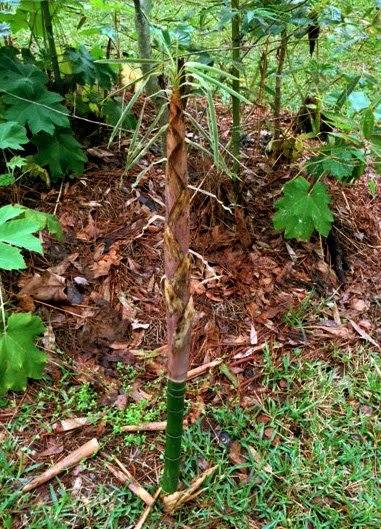 However, if I'm not on top of things, they get bigger and fast! We've found that the best way to get rid of them once they come up is to kick them. This breaks them below the surface of the grass. I'm not sure if there's a more technical way to take care of them, but this is how we're doing it. Part of my daily routine include bamboo kicking now. Who would have thought that I'd ever utter that sentence?

I think these blooms are some of the ones that excite me the most. 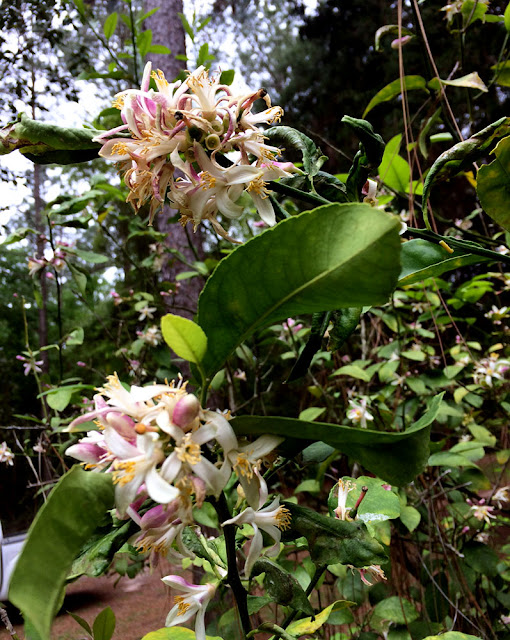 They're lemon blossoms!! I might just have lemons late in the year. How exciting is that!?

And it has now taken me so long to write this post that it is now Saturday. So much for Friday Finds. Oh well, at least I tried.

What beauties are popping up in your yard this Spring?