Do you ever pay attention to what other people are purchasing at the grocery store or take a long hard look at what's on your own list? Does it ever seem just WEIRD? I wonder what the cashiers think when I buy all the ingredients for a certain meal. Do they figure it out? Are they all 'I guess someone's having tacos tonight. . .' Do they see the mass amounts of chips and sodas you buy for a party and wonder what kind of party it is?

I stand behind people in line and do this constantly. I LOVE to watch what people buy: the elderly men with their cans of soup and box of quick grits; the mid-life ladies with all the organic fruits and yogurt; the soccer moms who have carts piled high with frozen pizzas, sugary cereals, juice boxes, and fruit roll-ups; and the ones who just ran in the store for a few things. THOSE are my favorite!! They're like puzzles. They're there just to purchase a little of this and a little of that. Wal-Mart is the best place to take a look at the purchases. LOML and I joke all the time about it. You can get an axe and a jumbo amount of toilet paper all in one place, at one time. And, most people won't look at you funny (I will, but I'm not most people.)

But, I've done it too. . .gone to pick up just a few items at Wal-Mart and realized that the list was just strange. My favorite was when my mom and I were out of town with the nieces. I needed some things and mama needed me to get some stuff for the girls. I know juice boxes were on the list and so was some other stuff that wasn't kid-related. But, the icing on the cake of that list was the little girl panties. I felt weird just buying them in correlation with the other items. You know- I felt like I was also buying candy and petroleum jelly. To clarify, I was NOT also buying those items, but I felt creepy just buying them.

Just recently at the dollar store, in front of me was a girl (about my age) buying feminine hygiene spray and denture adhesive and THAT'S ALL. Use your imagination, I've wracked mine for an explanation.

So, take a look sometime at what the people in front of you in line are buying at the store and see how weird it is. Let me know the weirdest combination you've bought or you've seen being bought.

Random enough for you? Ehhh, let's add to it with some "Totally Random Tuesday"
I really do want to know some of the craziest combinations of grocery store items you ever seen/bought. I know you pay attention too!!
at September 22, 2009
Email ThisBlogThis!Share to TwitterShare to FacebookShare to Pinterest
Labels: random, shopping, Tuesday 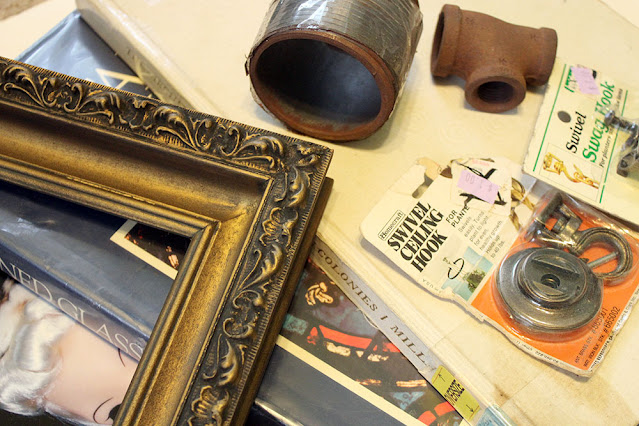