I'm pretty pleased with how this past week went. If felt productive, though it probably wasn't. 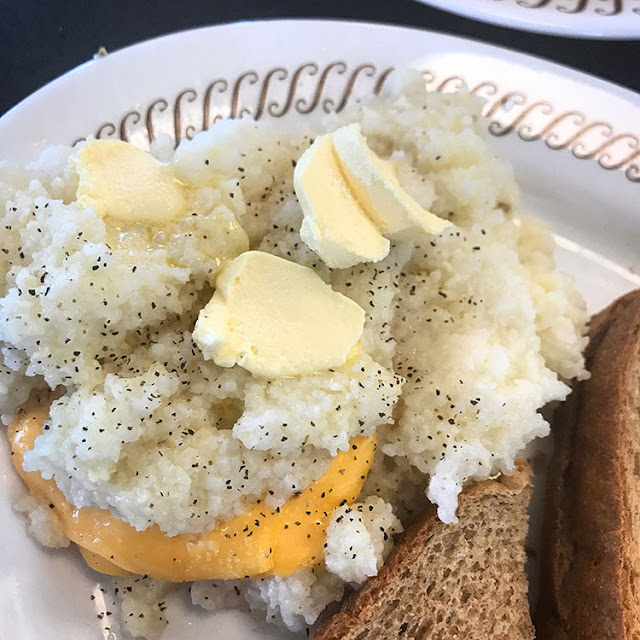 We started the week with breakfast at Waffle House. As I seasoned my cheese grits, I realized they were smiling at me. I knew it was a good sign.

From there, I spent almost the whole day in the craft room. 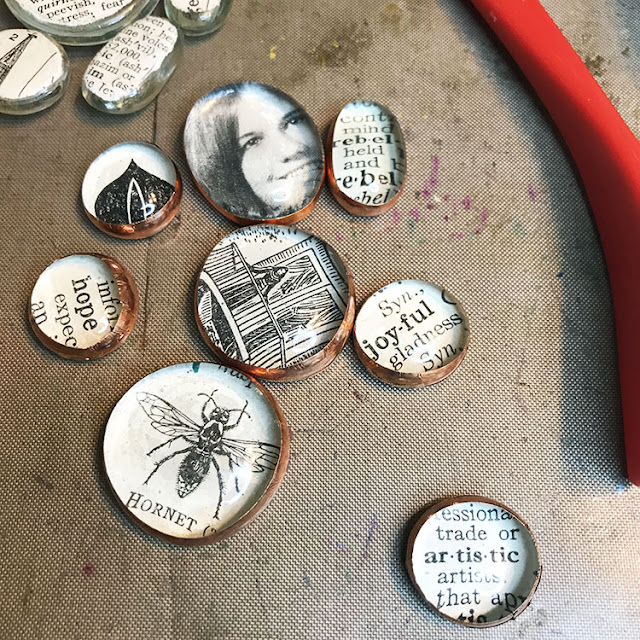 Something in me was aching to solder, so I began the process by creating little bubbles and wrapping them with copper foil. But, I didn't stop there (you'll see!)

I also broke out the carving tools to make a tile stamp. 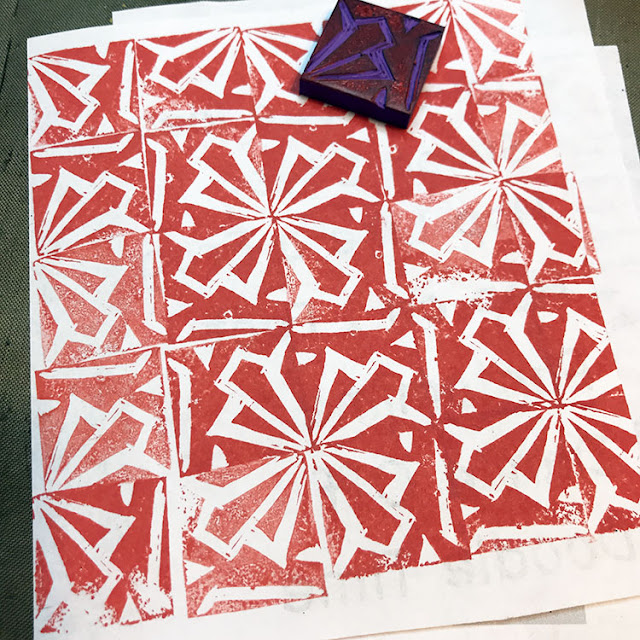 Once the weekend was over, I was determined to finish my Christmas shopping as soon as possible. So, I made it a priority to get as much of it done on Monday as I could. A traffic jam took up a huge bulk of my time and wore down my patience, but by early afternoon, I had all but two gifts. I rewarded myself with more playtime. 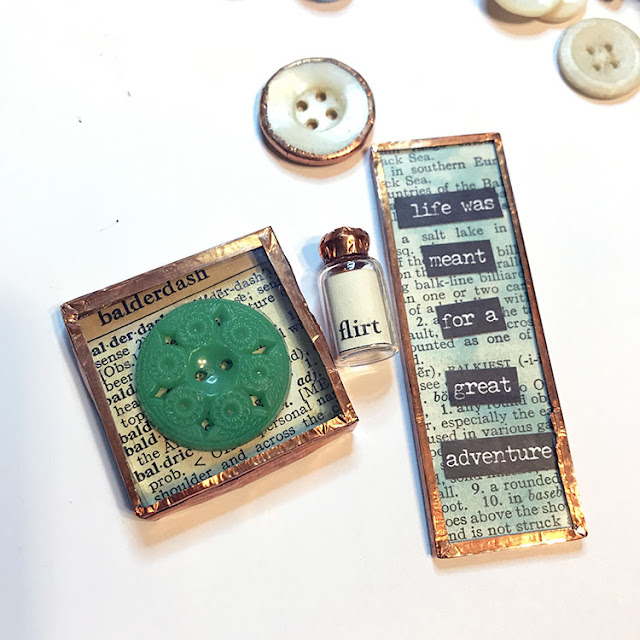 I knew that if I was going to break out the soldering iron, I wanted to have a pile of things to solder rather than just a few. So, I worked on coming up with a few more interesting pieces. I LOVE those two 3D pieces.

On Tuesday, I got one of the two gifts I was lacking as well as caught up on my regular chores and errands. And, while I was out, I decided to look at reading glasses since I've caught myself squinting at fine print and detail work. 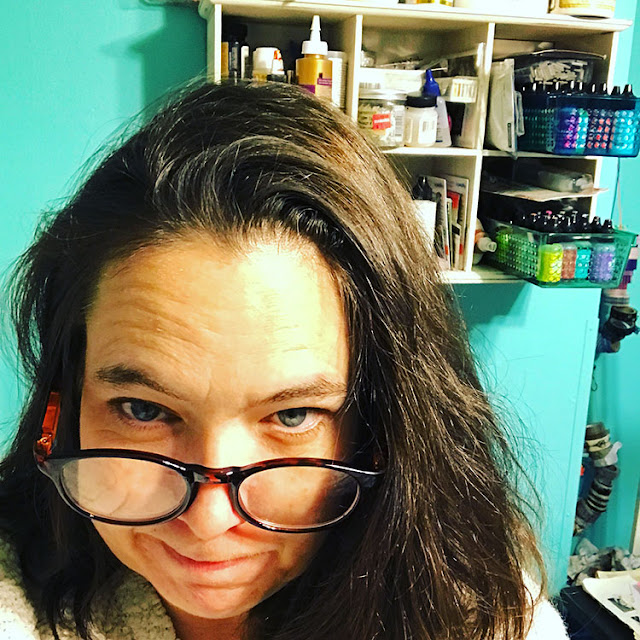 While I refuse to ever grow up, age is starting to catch up with me. OH NO!! But, I can see much better now. And, no worries, I'll go see an eye doctor after the holidays.

Wednesday was spent at my mom's where I forced myself to finish the last of the gifts (it was a simple online thing - I don't know why I saved it until last.) But, I did a little happy dance knowing that I was done. I'm usually one of those who finish up on Christmas Eve.

Thursday was spent almost entirely in the craft room once again as I got the last of the baubles wrapped with copper foil. 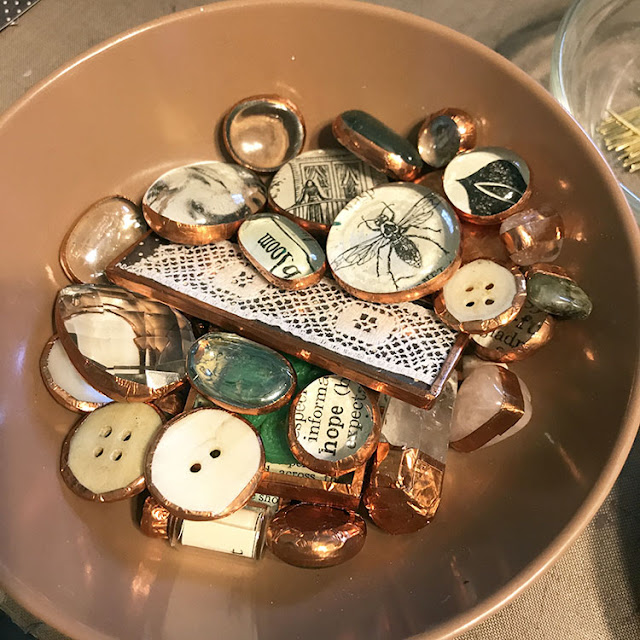 Then, I realized that I hadn't done anything for the We're All Ears Use Your Leftovers Challenge yet. So, I quickly gathered some designs and busted them out while the sun was still up for pictures to be taken. 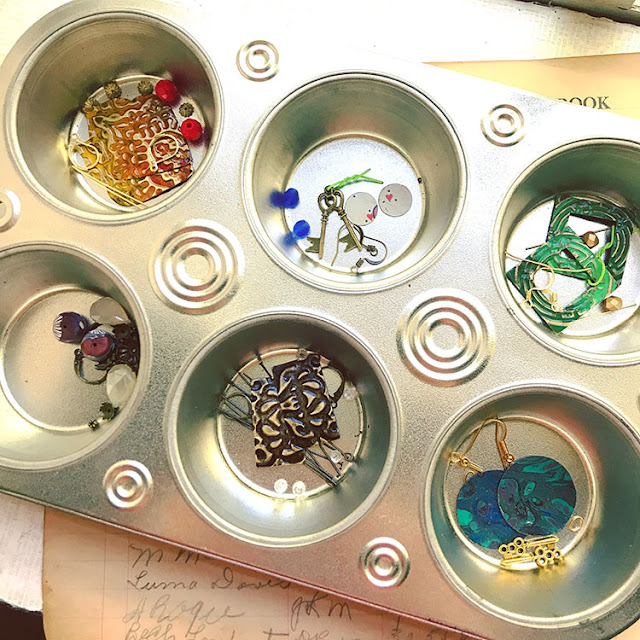 While outside taking pictures, I saw that our dead palm tree by the pool (it was dead when we moved in) had finally fallen over. 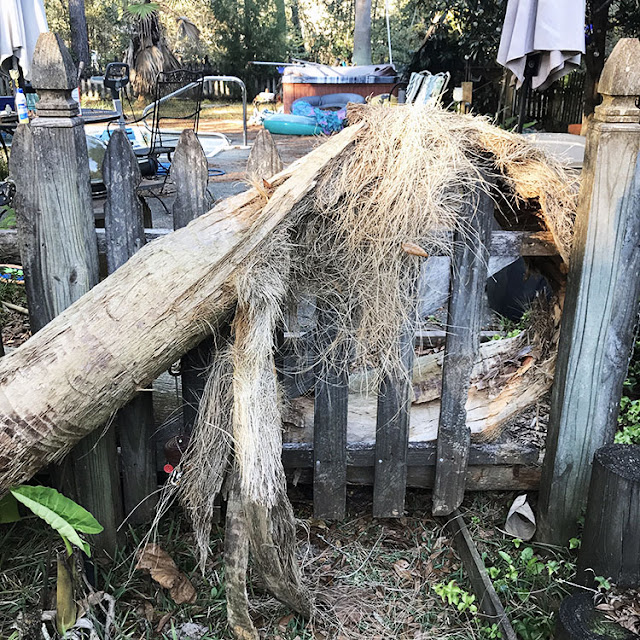 After we got it off the gate, we started getting ready to head over to a friend's for dinner and a movie.

On Friday, nothing on my list was accomplished as I was determined to get my charms soldered. It took me extra long as I had so many and had decided to play with incorporating wire into some of the pieces. A few of them turned out beautifully, but I got a little overzealous and over-ambitious with one of them. 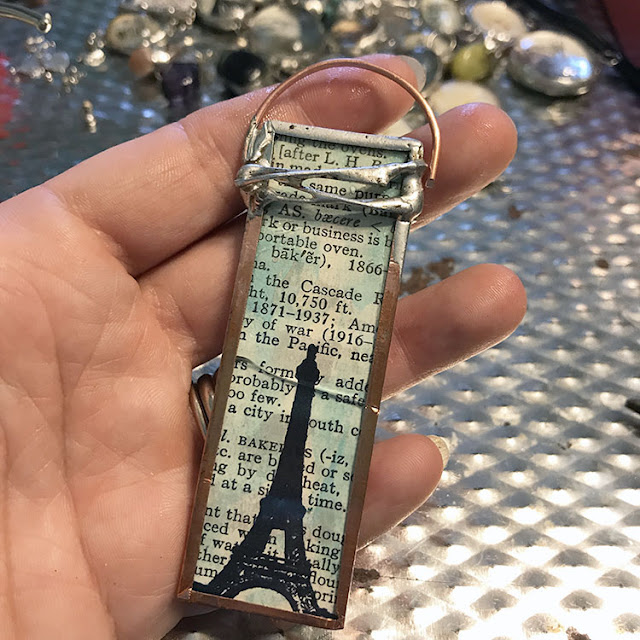 I was so intent on the wire and solder, I squeezed the pliers too hard and cracked this one. At least it wasn't one of my favorites!

Speaking of favorites, once they were all soldered, patinaed, sanded, and cleaned, I was surprised that this little bubble ended up as my favorite. 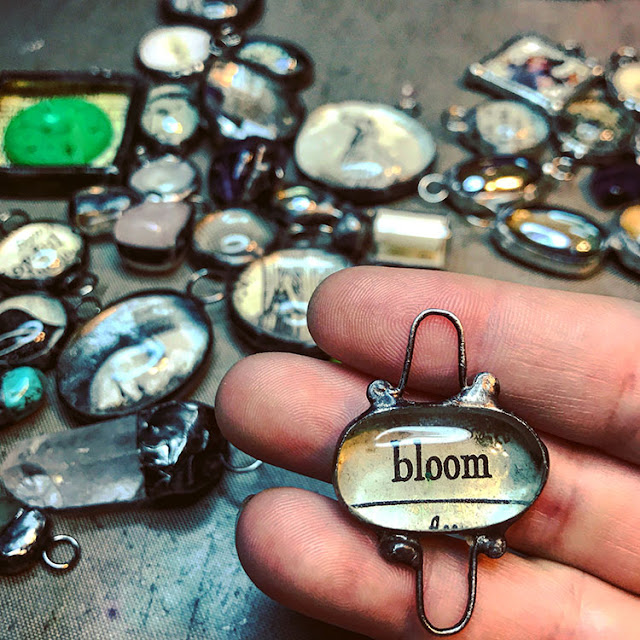 I'm still pretty smitten with the shadowbox, but can't stop staring at the shape of the loops I made on this one. Dreamy!!

Since the shopping was done and I had made it through all the soldering, I turned my attention to wrapping the presents. 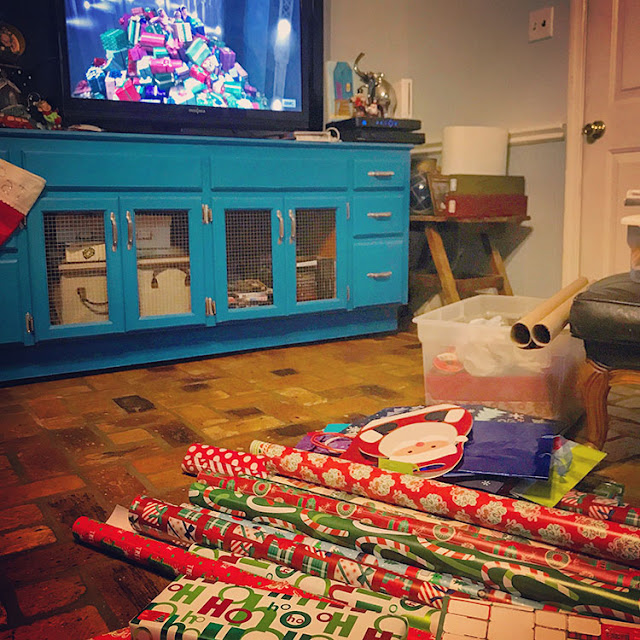 Much of Saturday was spent in this form of crafting. (Hey - there's tape, scissors, ribbon, and decorative paper, you can't tell me that's not crafting!) I watched a couple of Christmas movies and busted out the task. I can't believe it's all done and I can just enjoy the rest of the season!

Pat and I popped out for a late lunch and picked up a present for Zoe. 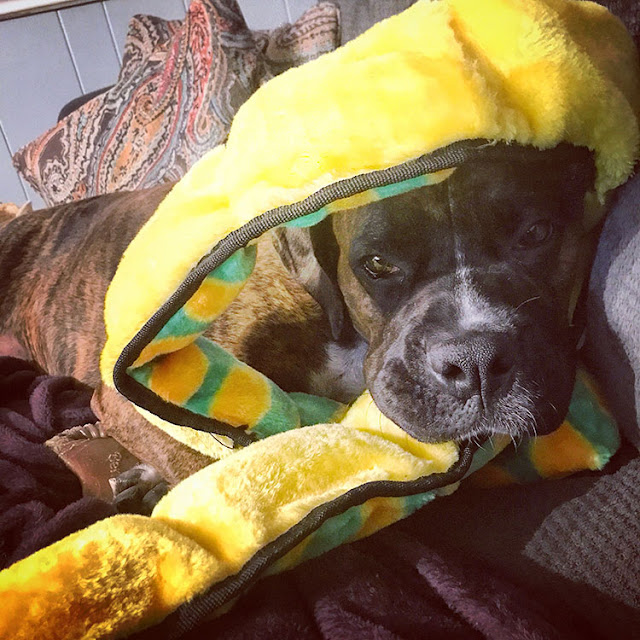 We watched another Christmas movie while she exhausted herself crewing on the extra-long squeaky snake. Bliss!

After so much time getting to craft this week, I feel almost overwhelmed with inspiration. Let me share some with you:


So that's it for my week. It's been pretty good.
I hope your holiday is absolutely amazing. Happy Hannukah, Merry Christmas, and Enjoy Celebrating however you do it!
Labels: christmas crafting earrings earrings everyday food getting old holiday pets silverlox soldering stamp carving
CraftyHope
I’m a jewelry-artist, treasure hunter, & nature-lover that finds joy in the smallest things. I hope to spread that joy and inspiration.