Each month, Sarajo of SJ Designs Jewelry shares a photo that Eric, her husband, has offered up to her as inspiration. She calls it the Honey Do List Challenge. This month's photo stumped me. It was a beautiful green Anole lizard with its red flash of a throat wattle flared. Scattered around the lizard are a few small fern leaves. I put the challenge off far longer than I anticipated and almost started thinking I wasn't going to participate, but I finally dug into my stash to see what might go well with the inspiration photo. 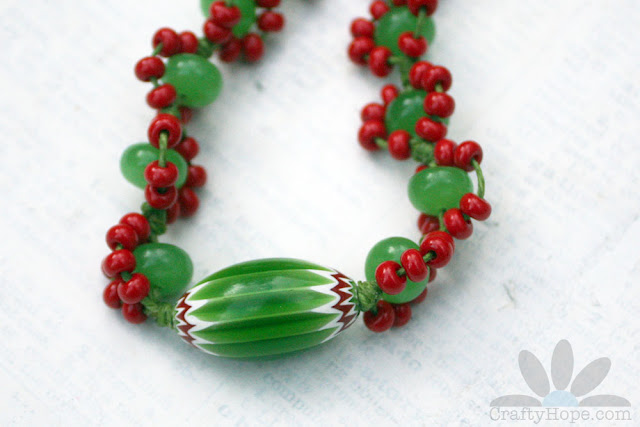 I found this oblong bead in green with bits of red and white, much like the lizard in the inspiration. I also grabbed a couple other green art beads, but they didn't make the cut. 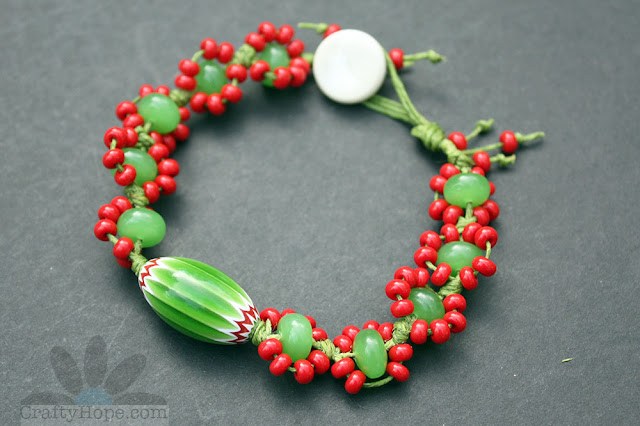 Since it was the colors of the lizard and his wattle that were leading me into the design, I used green waxed linen cord, green glass beads, red e-beads, and a white shank button to create this bracelet. 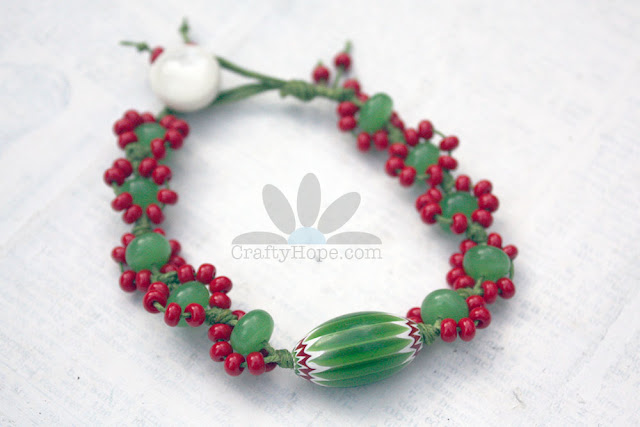 I started in the middle with the focal bead, running three lengths of cord through it and knotting them on either side of the bead. From there, it was a matter of stringing on the green beads, surrounding them with the red beads, and knotting to create the bracelet chain.

The bracelet was finished with a shank button on one side and a loop on the other the create the closure. I added an e-bead to each cord end and knotted them on. However, if you look close, you can see that in my rush I failed to securely knot one cord and the bead was lost. Ah well... 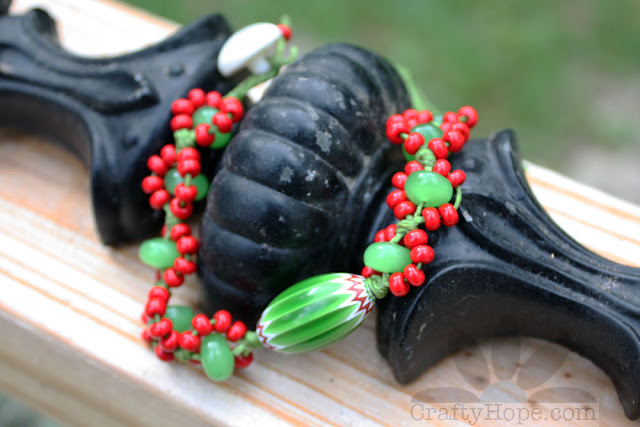 This bracelet ended up with much more red in it than was in the inspiration photo, but sometimes you just have to use inspiration as a jumping off point.

I had considered making something with the fern shapes in it too, but one attempt failed and the other just never came to fruition. Though, the ideas are still there. I may work with them later.

For now, I'm just happy I was able to get SOMETHING made. Thank you to Sarajo and Eric for the inspiration. Make sure to head over to SJ Designs Jewelry and see what else was created for this fun challenge!
Labels: challenge reveal
CraftyHope
I’m a jewelry-artist, treasure hunter, & nature-lover that finds joy in the smallest things. I hope to spread that joy and inspiration.