Last month Pat and I had a two-week staycation of sorts. He was off. I worked...less. One of the ways I indulged myself was by hitting up thrift stores, antique malls, and an estate sale more often than usual. And boy, did I come away with some amazing treasures. 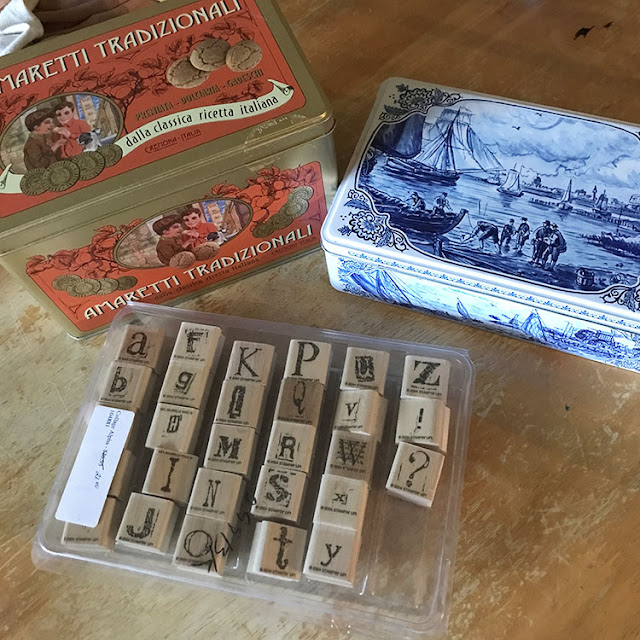 I started small with a couple of tins and a set of stamps from the local Goodwill store.

A picture on Instagram similar to the one below enticed me to visit the Antique Emporium on the other side of the Bay. 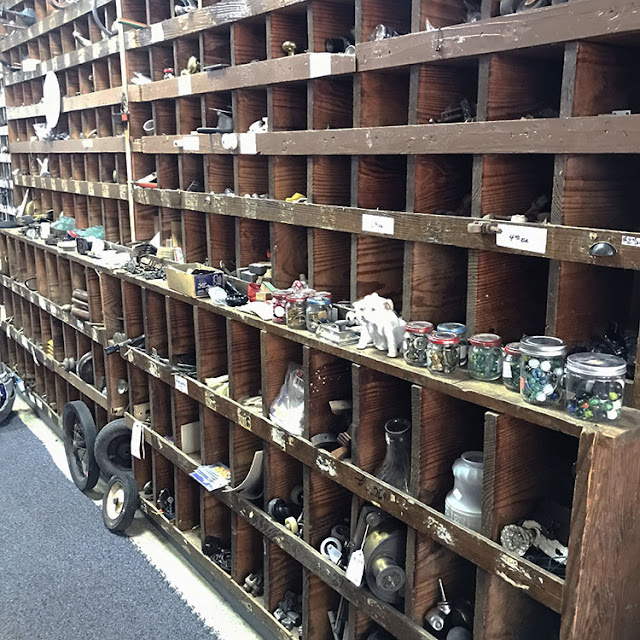 I mean, just look at all those cubbies and jars of marbles, buttons, and old jewelry!! Somehow this was the last section I discovered in the store, but I spent a good deal of time in front of this display.

And, I came home with a pile of goodies. 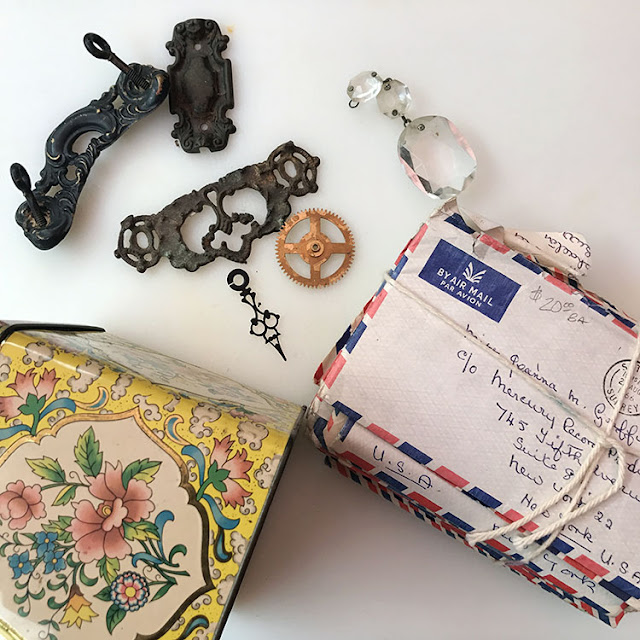 The tin and letters were found elsewhere in the mall, but the rest was right out of the cubbies!

I saw the estate sale advertised on Facebook, but it took a couple of friends going to check it out to get me to go too. 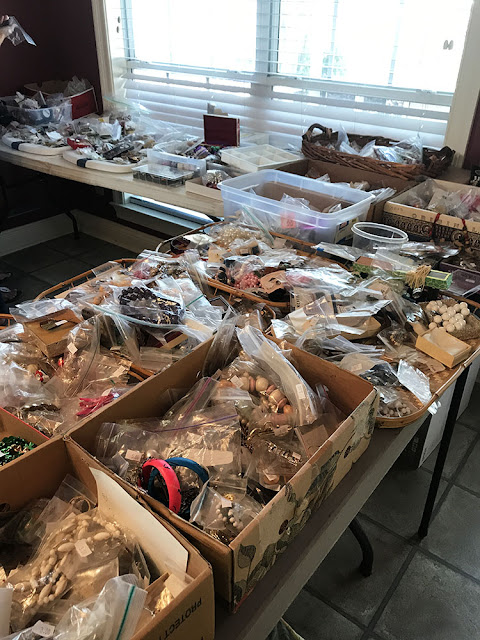 The main draw to the sale was the massive collection of jewelry. 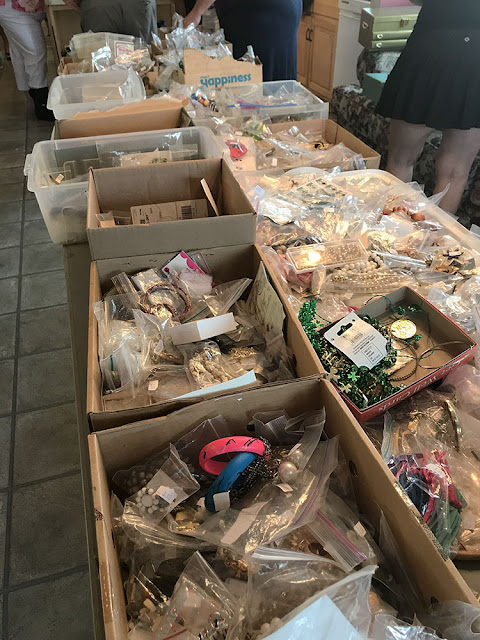 It was almost three rooms of jewelry! 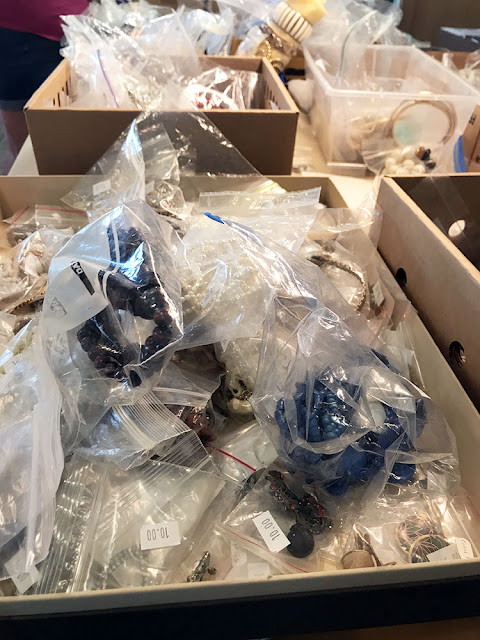 There was so much jewelry that I felt quite overwhelmed at how to tackle the going through of it all. 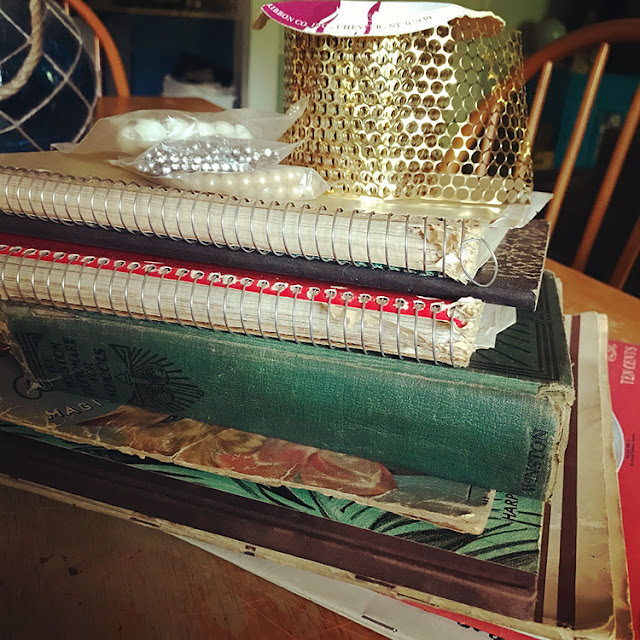 I ended up leaving the sale with three small baggies, some sequin waste, and a stack of books. I'm still quite pleased with the haul.

While doing all this shopping, I also spotted a few items that I wish I had bought and a few that puzzled me completely. 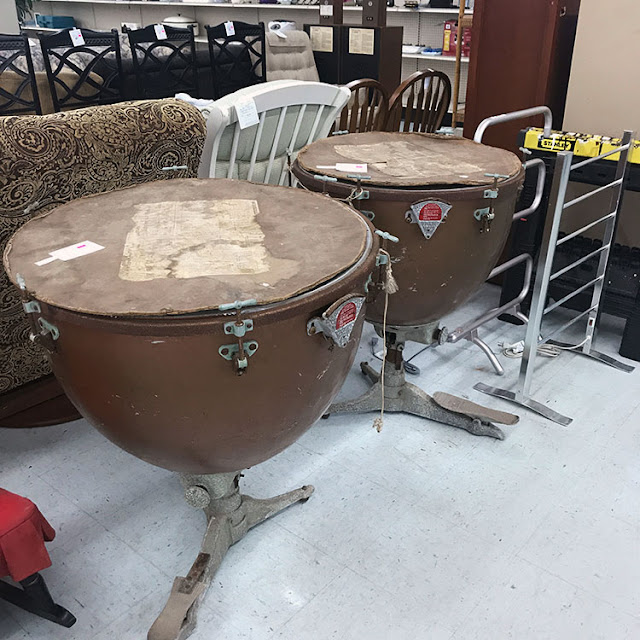 These timpani drums were at the Goodwill and for a reasonable price. I hate that I didn't snag them. My sister-in-law went back a few hours later for them, and they had sold. I should have known better!

At one of the antique malls, I found this gem. 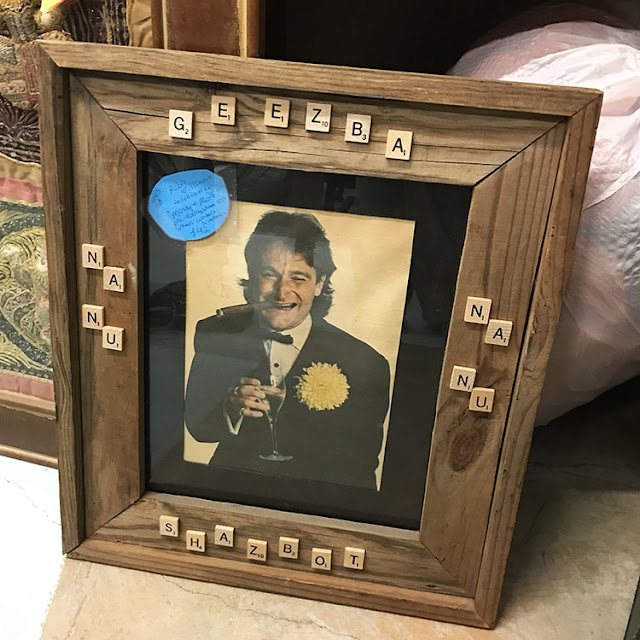 Now, I loved Robin Williams probably more than most people; but I cannot imagine who would own this and why!

That same day at another store, I spotted these. 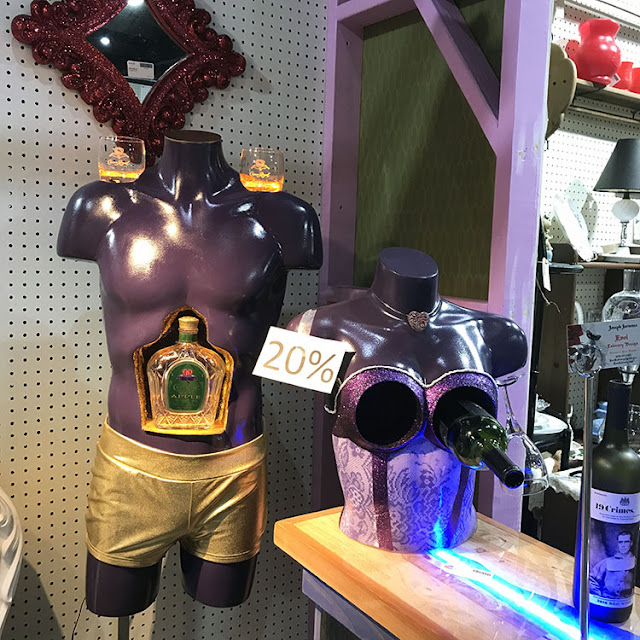 I have to start by saying that I absolutely appreciate the artistry and creativity it took to make these, but like the framed picture above, I just don't understand who the person is that would own it.

There were a few other outings and treasures found. If you want to see any of the above or the other finds in more detail, I made a video of my Thrift Haul for July 2018.
How often do you go out thrifting? What's the weirdest thing you ever found in a thrift or antique store?