Another week whipped past me and now we're almost in the middle of another one. How did that happen? 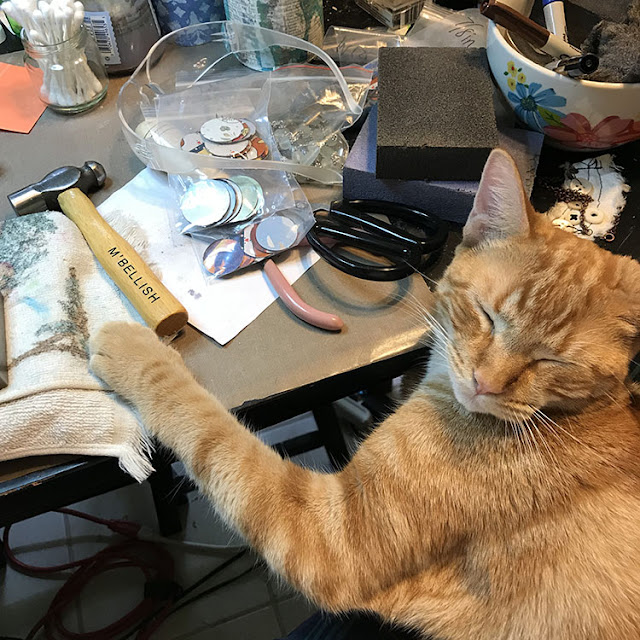 Despite having a "helper" this week, it's been hard to get anything done. Once she's in my lap, I can't bear to disturb her! 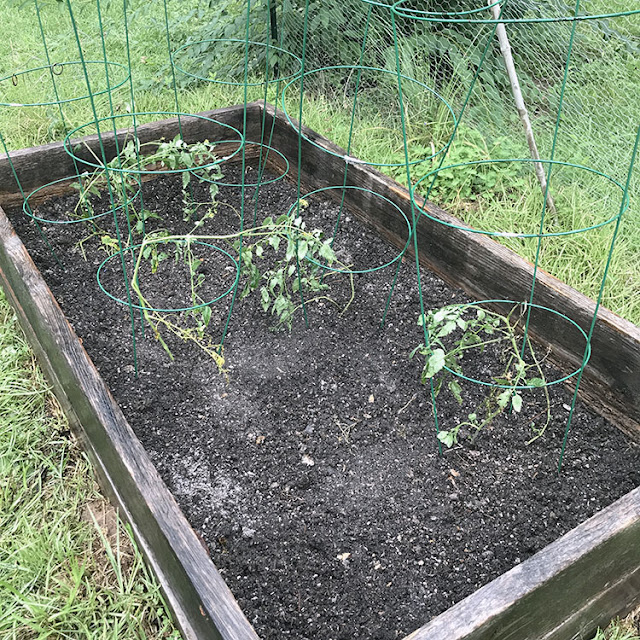 I spent more time on the raised beds. I only have one that wasn't covered in weeds so I used it when I transferred more compost tomatoes into it. Like last year, they've seriously drooped. But, I'll wait and see if they perk back up like before. 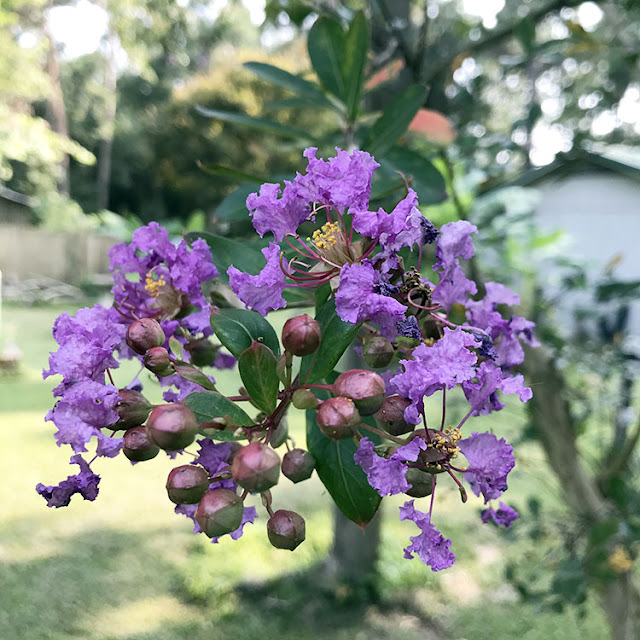 The purple color of my single Crepe Myrtle stopped me in my tracks. Isn't it lovely? 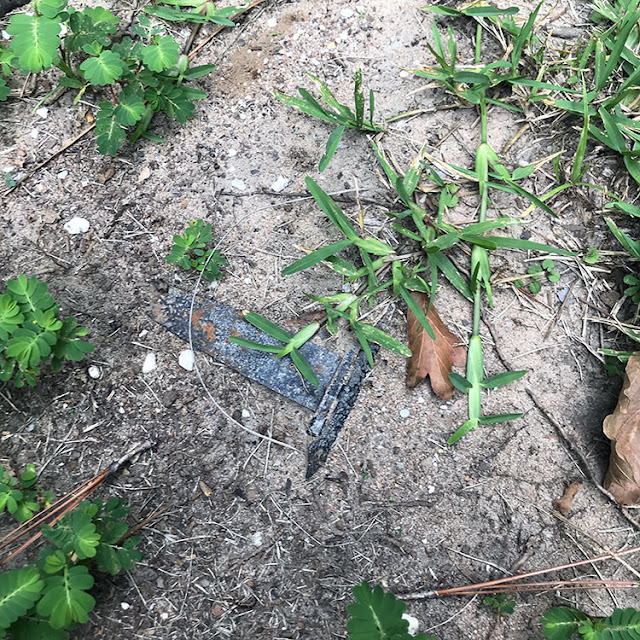 I also took pause outside the pole barn when I spied something poking up from the ground. Yes, three years here and I'm still steadily finding buried treasures! 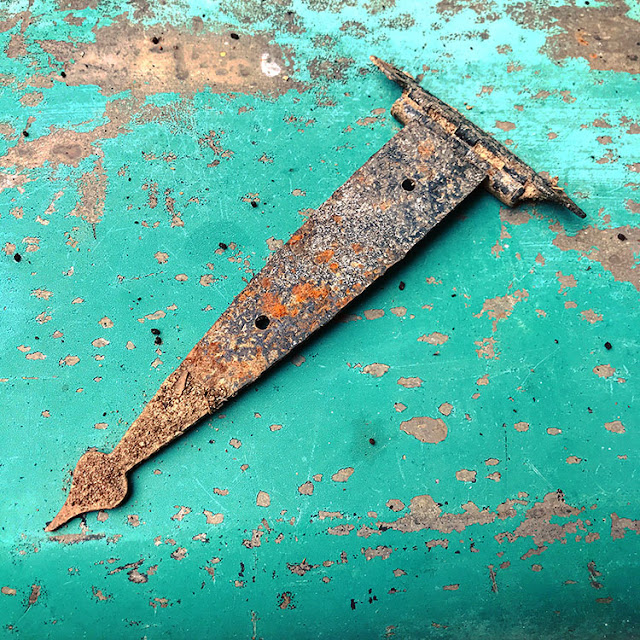 The old hinge had a beautiful patina on it. I hope to start assembling some of these finds into art at some point. 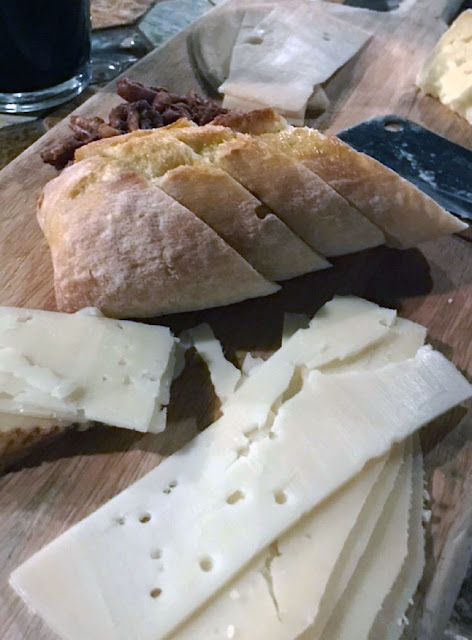 I did steal some time away from the property to enjoy a night out with one of my best friends for her birthday. We enjoyed some drinks and a cheese plate. It took some work to find a place near me that had both a good beer selection and a good cheese selection. We're thinking we may need to open our own beer and cheese place. Ha! 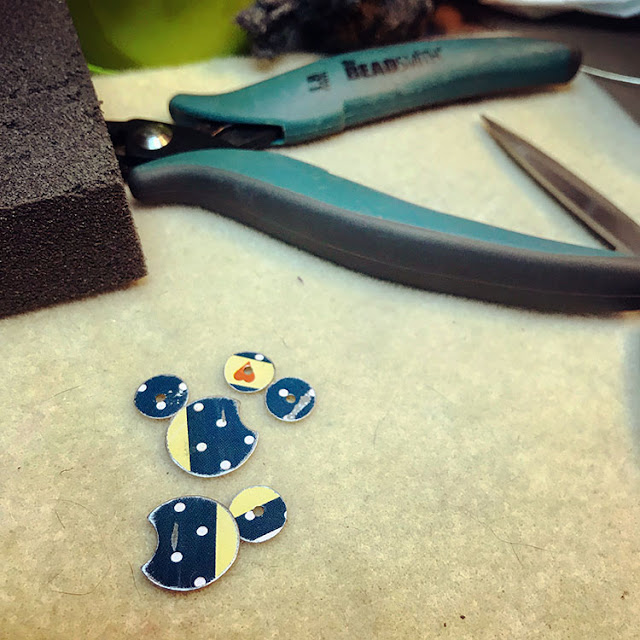 I played with much more tin - experimenting with a variety of designs. However, for the most part, I spent a huge chunk of time just punching out tin. 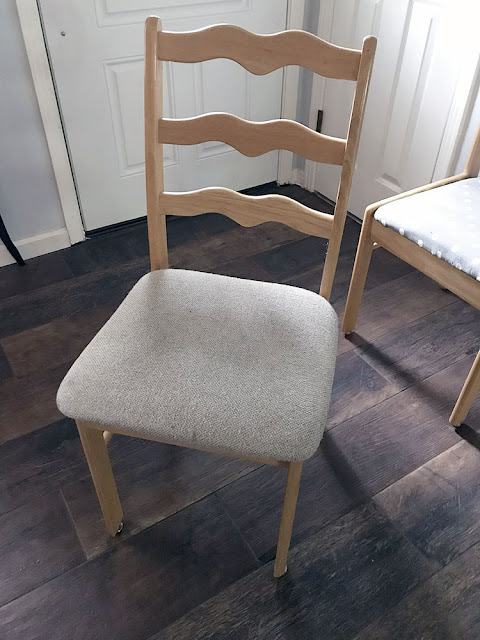 I also worked on home decor projects like finishing up the other two chairs. The above was the before. 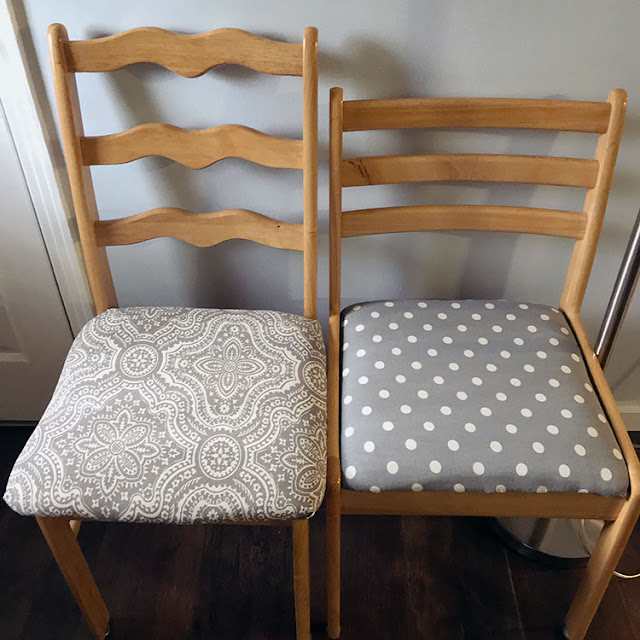 Now I have two of each of these re-covered chairs. I adore the mismatched-ness of them. 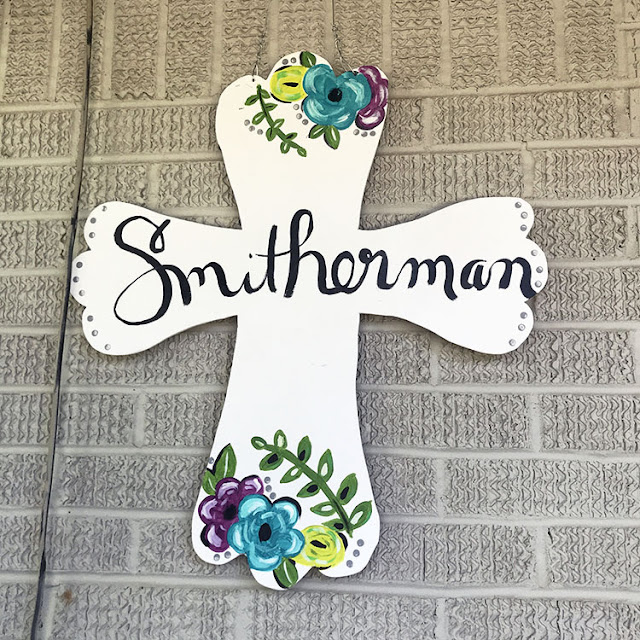 Art was hung and re-organized around the house. I made this earlier in the summer and finally sealed it to be hung outside. There's been a real lack of artwork in the house as most of our pictures are buried in a room that's begging to be unpacked (waiting for some bookshelves to be built). The lack of items on the walls has started to drive me a little batty. To remedy that, I grabbed a bunch of art from the craft room and hung it in the hall and in one of the bathrooms. There's still the rest of the house to worry with, but it's a start!

Oh, please tell me you find this amusing too. Pat says it's not all that funny. 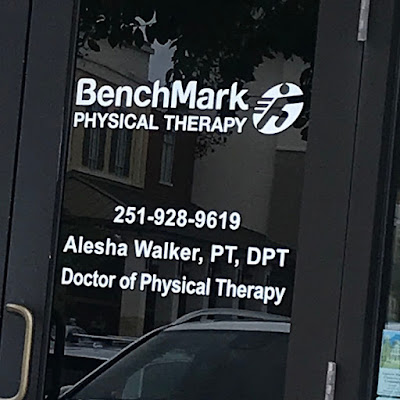 I ended the week with a large margarita at our local Mexican restaurant. Yes, that's a single serving. I think the mini pitchers are so cute. It may look bigger than it is because I have TINY hands. It was so good!

Here's some of the inspiration I found this week:
Art & Artists:

It's time to make this week count, and that means actually getting some stuff done. How's your week shaping up?

You Can't Keep a Crafter Down (How I've kept busy)

It's probably about time for a bit of an update. After two surgeries on my ankle, I'm on the mend now. However, I'm still sittin... 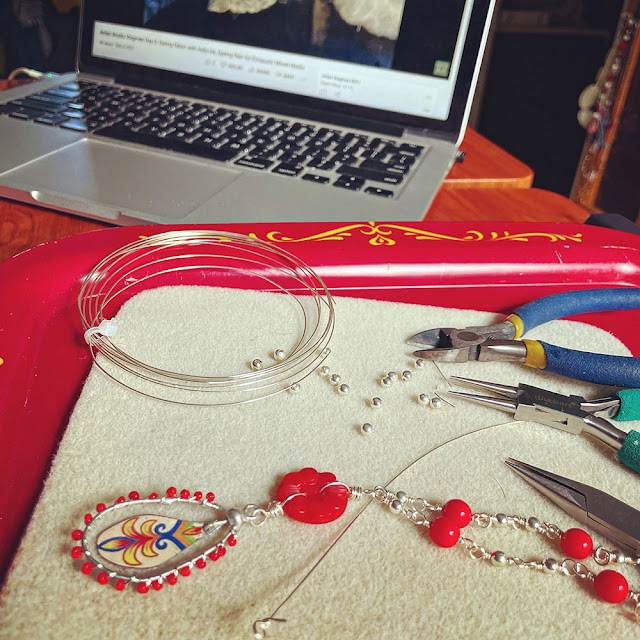