We've been on vacation all week. It's really been a staycation as we just enjoyed being home and visiting with friends and family. Two of the nieces stayed with us most of the week.

We brought one home with us Easter afternoon. She spent the afternoon bonding with the puppy. 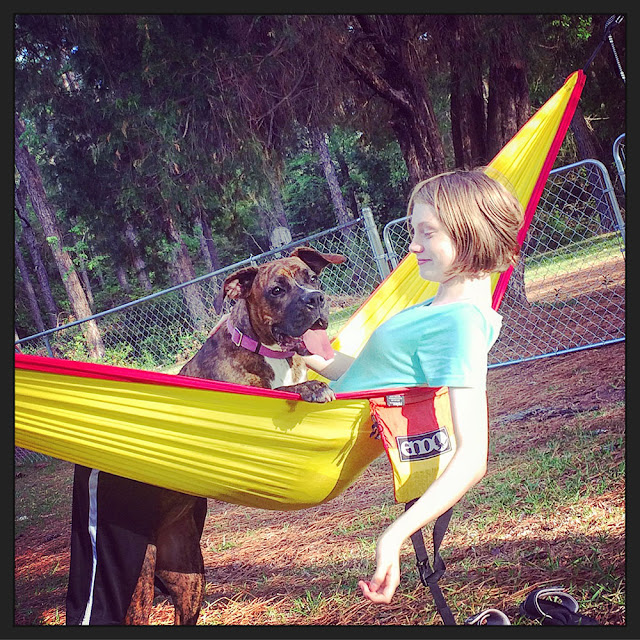 Monday was kind of a lazy day (and generally picture-less) as we did some shopping, played games, and hung around outside. 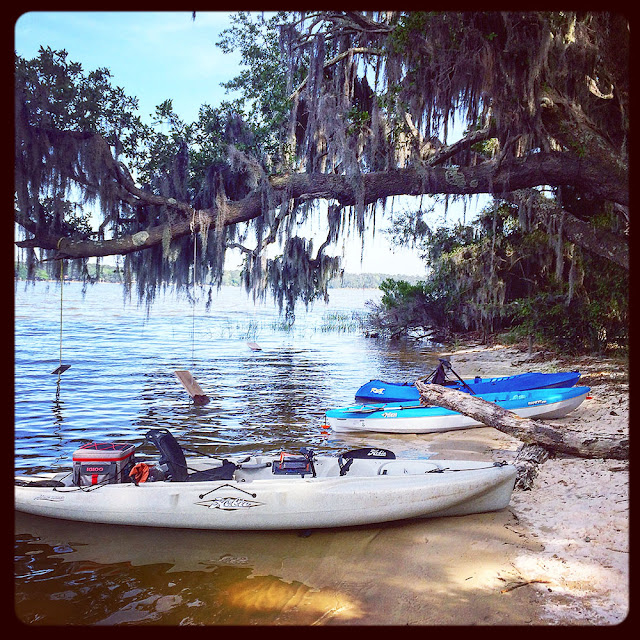 Tuesday involved us buying a third kayak (so we have a spare when someone else wants to hit the water with us.) We didn't waste time taking it out for a test run. The niece is a natural in a kayak! 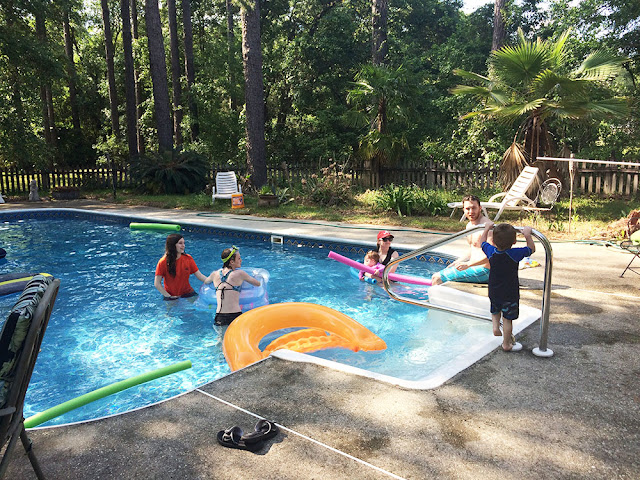 Wednesday morning I went and picked up the oldest niece before one of my brothers and Sister-In-Law arrived with their kids for an afternoon of some family fun. 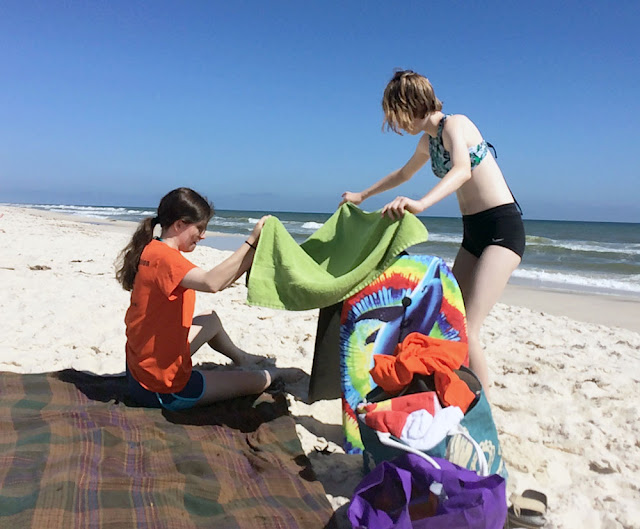 Spring Break just wouldn't be right without a trip to the beach. We didn't plan to stay long so we took minimal supplies with us. The nieces actually worked together to make a little shade for the oldest. The youngest and I searched for shells and played in the sand while Pat played in the waves. (It was a little rough and the current was stronger than I felt comfortable with.) 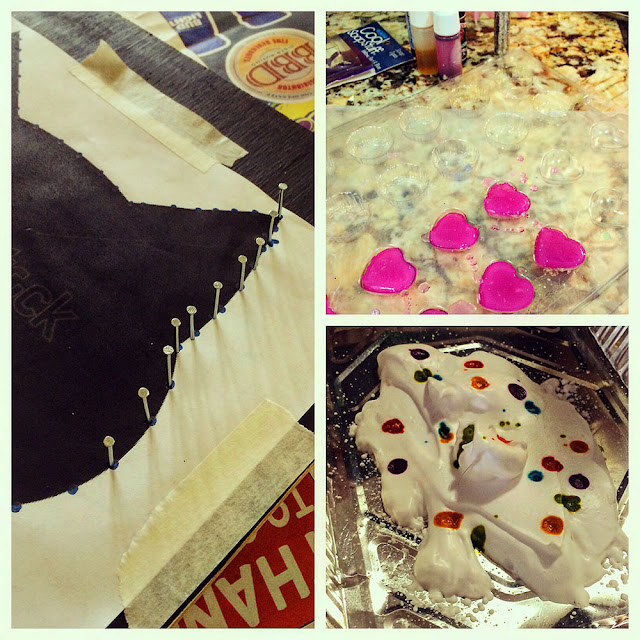 The oldest niece's only request for her visit was to do some art. So, Friday she started on a string art project that we'll finish later while her sister worked on soap-making. I have to say, it's difficult to do the melt-and-pour soap when you don't have a microwave. I don't recommend it! We also tried shaving cream paper marbling with alcohol inks. It was messy, but fun. 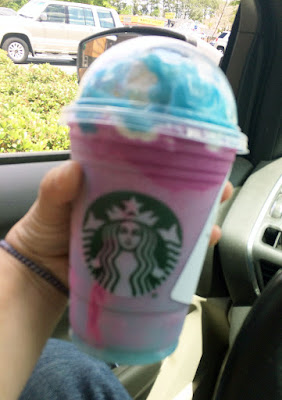 Once the crafts were cleaned up and lunch eaten, we packed up for me to take them home. Since youngest niece is a big fan of unicorns and Starbucks, we made a little stop for one of those new frappuccinos. She loved it. I didn't even taste it. 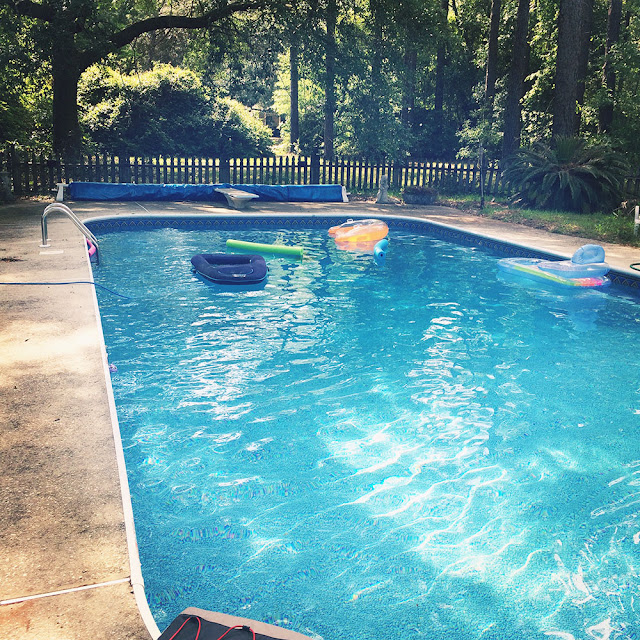 With the house free of kids, we spent Saturday being as lazy as possible poolside with a friend. It was blissful.

Today is oldest niece's birthday, and we're gearing up to go to my mom's a little later. For now, we're just soaking in the last day of vacay and enjoying the quiet.

How has your week been?