August Challenge from Wonder and Whimsy - my reveal

A few weeks back, Jenny from Wonder and Whimsy posted that Fire Mountain Gems was having a super sale on randomly selected bead strand mixes, basically grab bags of bead strands. I was just barely able to order before time ran out on the sale. I went for two 5-strand mixes and one 3-strand mix of gemstones. I loved the anticipation of the surprise beads. 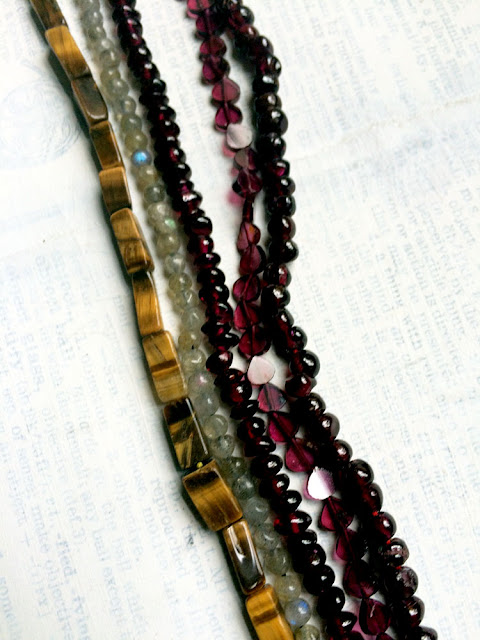 My stone-identification-ability is quite rusty as of late, but let's see... The first mixed set I opened included a strand of square tube tiger eye beads, small round labradorite beads, and three strands of what I think is garnet. 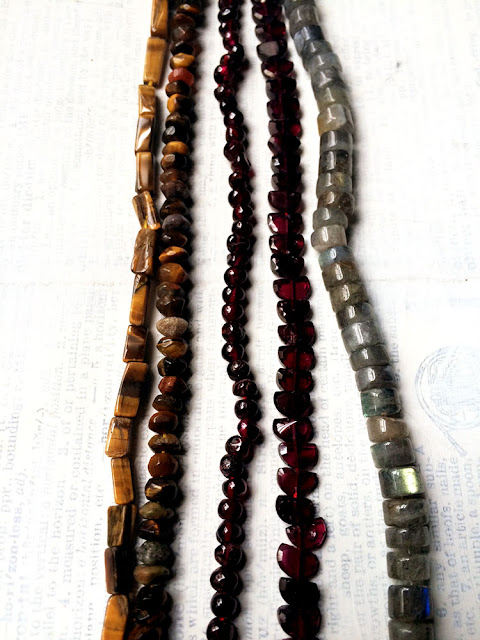 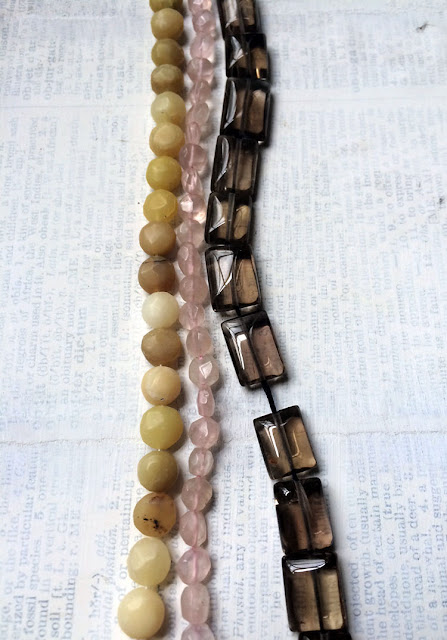 Finally, the 3-strand mix left me a little baffled. I'm pretty sure the middle strand is rose quartz but just can't figure out the other two. I think the left one MAY be a yellow agate of some sort but am not sure. And, I have no idea about the one on the right. Let me know if you have any ideas what they are.

While I may not have been able to identify all the beads I received, I'm smitten with the mix of them. 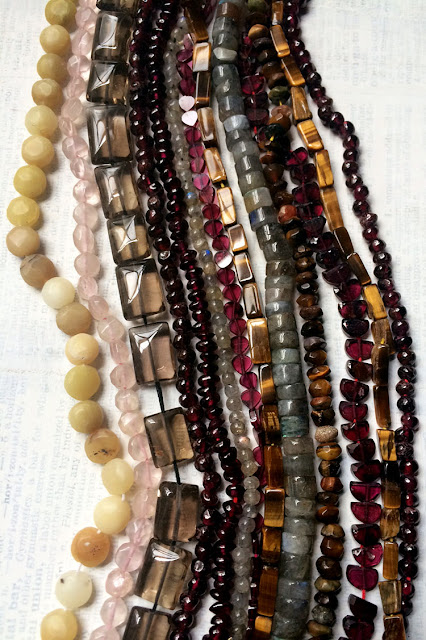 Beauties just as they are!

However, the challenge that Jenny set out was to create something with the random mix. Even if you didn't order one of these sets, she put forth the challenge to use some of your own random beads.

I started by pairing the tiger eye and yellow agate(?) with gold tone beads and black cultured sea glass beads. 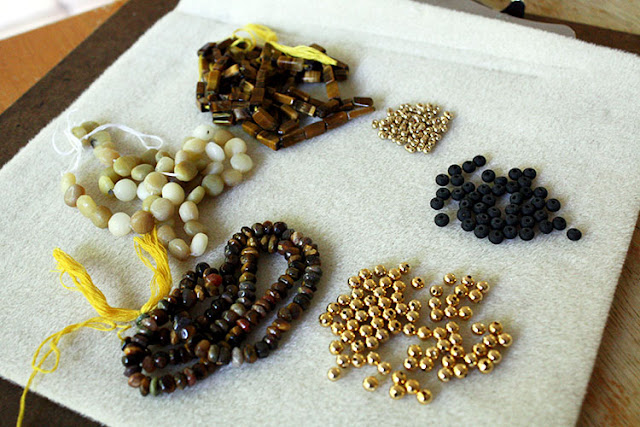 This bracelet came together pretty quickly. 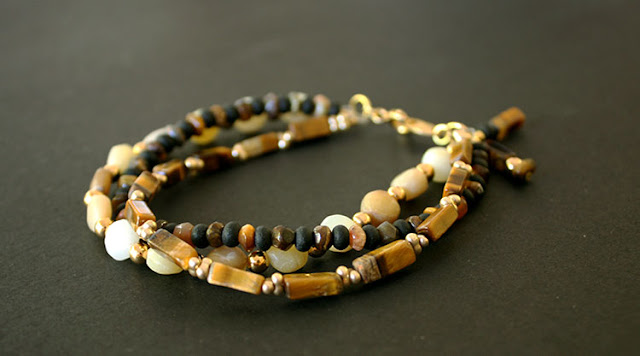 What to make next was a harder decision. There were still so many beautiful gemstones in the mix. 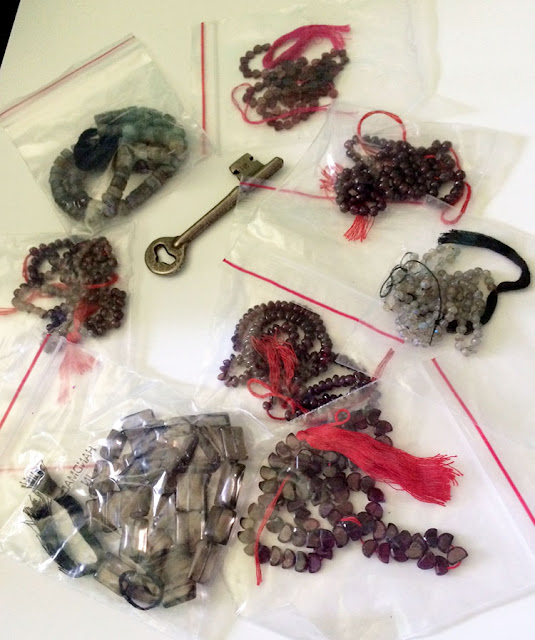 As you can tell from the above photo, I decided to use a skeleton key as the focal.

Alas, I haven't finished the necklace, but you can kinda see the direction I'm headed. 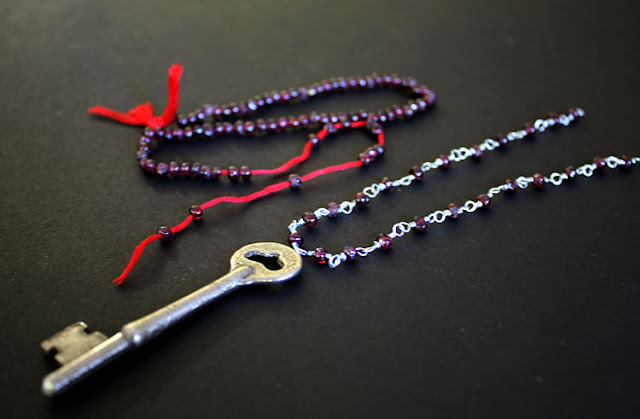 It's going to be a fairly long necklace so I've still got a bit of work to do.

Thanks so much to Jenny for the heads up about the great sale and for issuing a fun challenge. Jump over to her blog, Wonder and Whimsy, to see what she received from Fire Mountain, what she made, and what else she has up her sleeve.