Pat's trying to convert the pole barn into some sort of usable space. It was already full of junk when we moved in, and then we added our own junk to it. We (mostly Pat) have been working over the past month to get rid the items that just can't be used. In the process, I've made all kinds of discoveries.

First, I spotted this old yellow box covered in cobwebs. Something about it being encased in the web kept my curiosity at bay over what's actually in the box. Here's the picture I posted on Snapchat and Instagram. 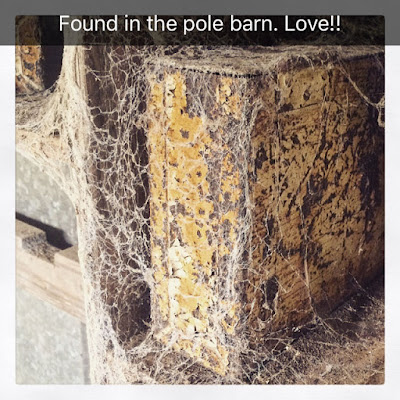 I'll open it some other time.

I had to stop Pat from just throwing everything in the trash. I can't even imagine the cool bits he threw away when I wasn't out there supervising. Here's what I was able to salvage. 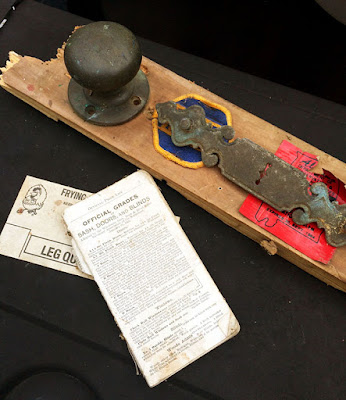 We tried to just get the doorknob, but some of the screws are really stuck in it. So, Pat broke the drawer apart for me. It and the other piece of hardware have some nice patina on them. And, then there was the little book and slip of paper. Had to have those.

Since the dumpster we rented was getting way full, and there was no way to break down a metal desk; we're keeping this rusty one in the yard for now. We think we may use it as a surface for painting in the future. 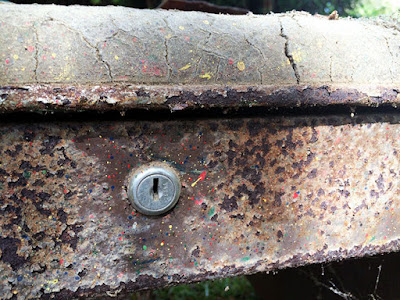 It's already got some nice splatters on it from who knows where. 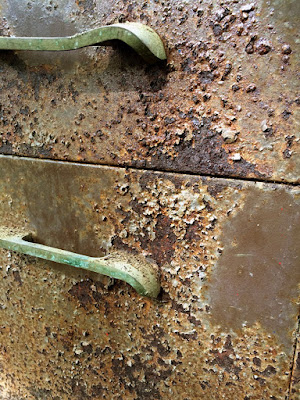 And look at that rusty, bubbly-ness. LOVE!

Finally is this large cabinet that did go in the trash. Pat says it's some kind of metalworker's cabinet. 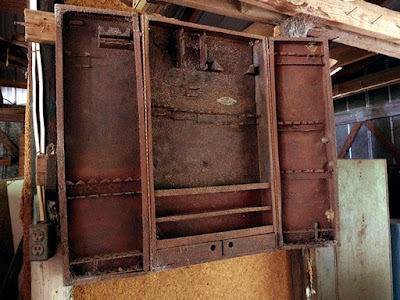 Alas, it was in too bad of shape to be salvageable. I did ask though!

So, that's some of what I've found out here lately. There's still plenty more to discover and uncover. Have you made any fun finds recently?