I can't even believe it's been over two years since Pat and I moved out here to our hidden oasis of Silverlox (what we've named the place). We've worked and worked on it, and there will always be more work to do, but we love it out here. Not much has been done to the inside of the house since the winter, but we're constantly working on the yard. CONSTANTLY!

As of late, we've been tackling the woods. It's been a dream of ours to have trails throughout the wooded area in the back of the property. It's about 2 1/2 acres or half the property, plenty of room for several connected trails. Not long ago, I discovered Pat out there hacking away at the undergrowth and making trails. I can't complain. 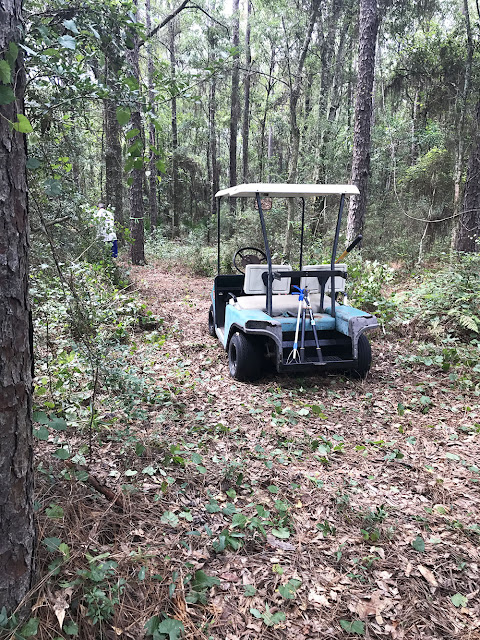 I've even helped clear out some of it. But, he really gets most of the credit for this latest project. 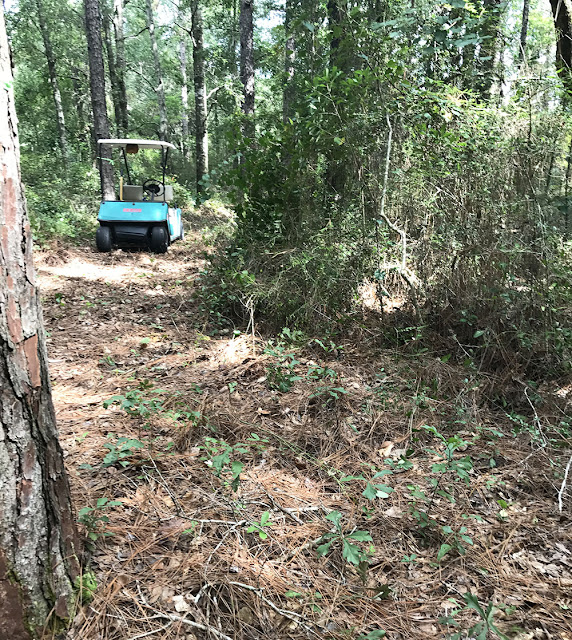 Above, you can see less undergrowth right in front of the golf cart as opposed to at the bottom of the picture. That's the area he had just cleared. The process is simple but tiring: trim any thick-ish saplings, move large branches and sticks out of the way, swing a sling blade across remaining plants to level them, and drive or trample over the area to mash it all down. We may eventually mow the area to smooth it down even more. But, for now...it's awesome just as it is! 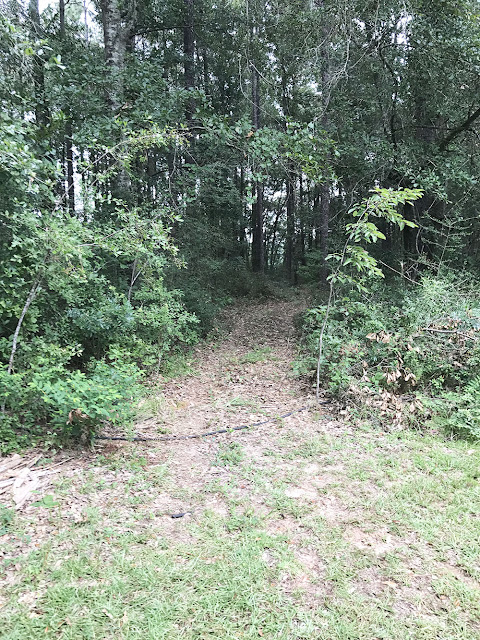 We're really trying to use what looks like old trails to our advantage. 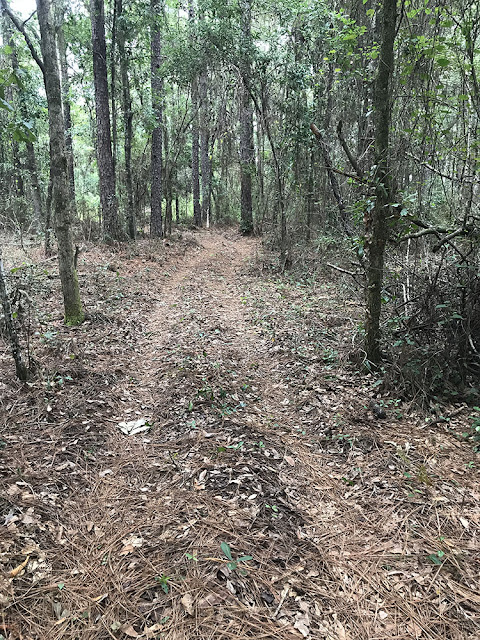 For now, there's one main trail that cuts from one side of the property to the other but has several entrances. 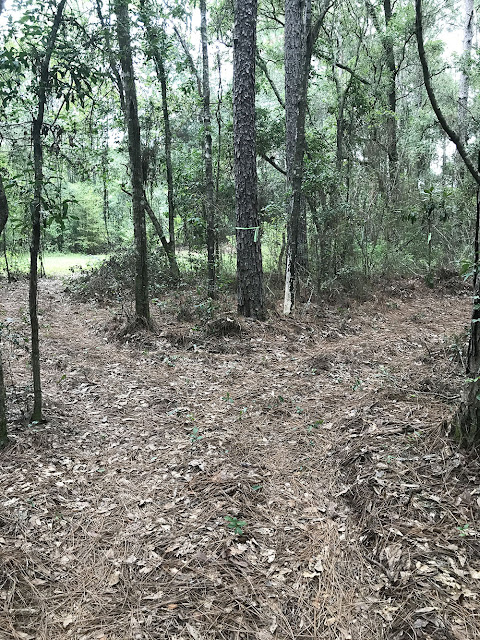 Eventually, there will be trails winding all through our Silverlox woods. 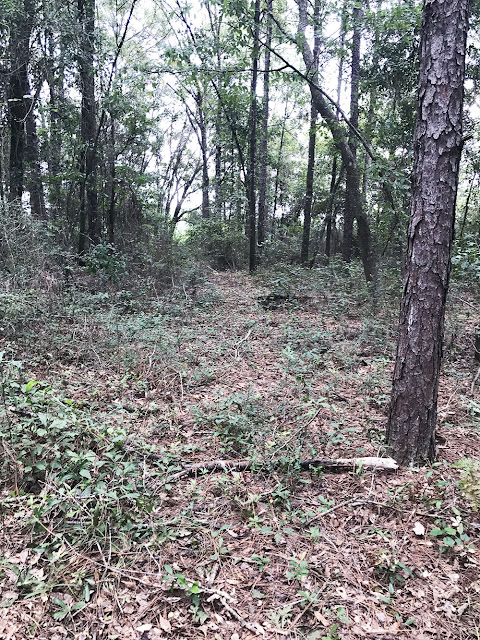 Here's one that's yet to be cleared, but you can clearly see that it used to be a trail. This makes it much easier to work on making these paths. However, not all the areas we want to have blazed are as clear cut as this one. We'll likely have to wait for the fall or winter when some of the growth dies back to clear those (and when it's not so stinkin' hot).

I know many of these pictures probably all look the same to you, so I did a pretty quick video tour of some of the cut trail to give you a clearer picture of how long it is and some of the sights. 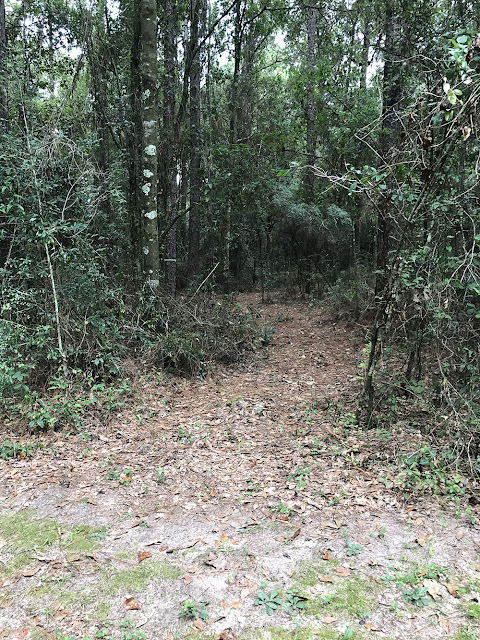 They're fun to ride around in the golf cart too!

Our oasis is becoming more and more of what we had envisioned for ourselves and echoes more of who we are too.