I've never had a green thumb nor have I ever enjoyed yard work. Yet, here I am on five acres, trying to do the whole "homestead-thing". I have to admit that having a pool really encourages my willingness to get out and work in the yard. We simply throw on our swimsuits and start on the latest outdoor project. When we get too hot to continue, a jump in the pool cools us down before we get back to work. It's a miracle, my aversion to yard work has been cured! (I just needed a little liquid therapy.)
When we bought the place, the property was overrun with jasmine, air potatoes, wisteria, and other invasive plants. You can definitely see that in my initial video tour of the pool and property.  Since we wanted to plant fruits and vegetables, we knew that getting rid of the overgrowth and vines was a priority.  After working to clear some areas, we finally started our raised bed garden in November. While the majority of the plants never really did much of anything, there was actually a little success with the salad mix. We're still waiting for the carrots, onions, and garlic to ripen. 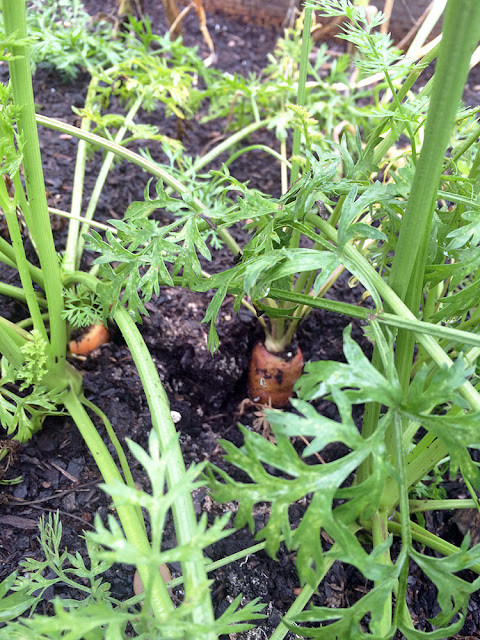 Just about every weekend since it's gotten warm again, we've worked a little more on the property. The past several weekends have been particularly productive.

I knew there was some kind of vegetation in the compost pile, but didn't really pay much attention to it until it started blooming. At that point, we realized we had grape tomatoes growing. So, they were transplanted to the raised beds with the hope that they would make it. Five plants were moved, and they seem to be doing well after a few initial days of droop-age. In fact, one of them has several branches of tomatoes already popping out.

We also transplanted a few agave plants that were left here in plastic containers, dumped over. Fortunately, there were also several nice planters in the pool area. 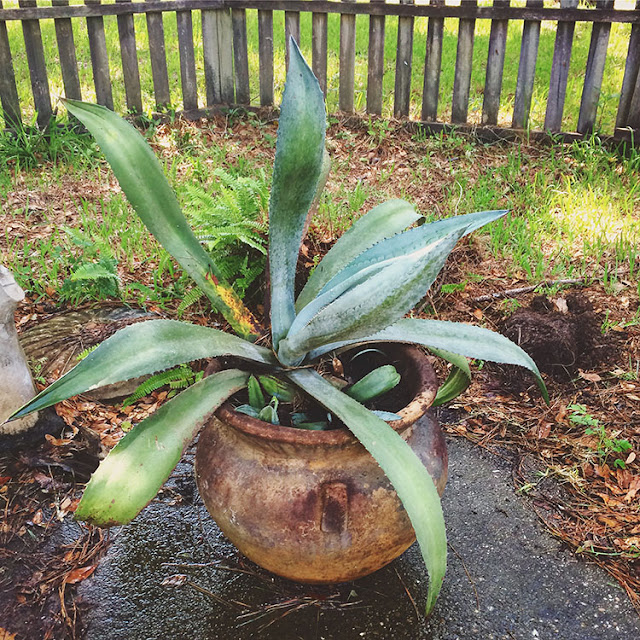 AND, I discovered that the annoying grape vines growing all over the edges of the property will actually bear fruit! So, they can stay for the time being.
After that, we decided to actually pick out and plant the food to we want to grow. So, off to the local feed-n-seed we went. It didn't take long to place what we chose in the dirt.
I also planted sunflower and zinnia seeds in a few locations. You know, to attract the bees.

Finally, Pat cleared away another ground-covered area of jasmine and wisteria.
Now, we can walk from the backyard to the barn without having to unnecessarily go around several buildings. Yay!

We've been plenty productive since we started. I'm happy that we're finally getting it to a more workable point. And, Pat picked up some plastic barrels yesterday so we can start on a rain catchment system to water the garden and the chickens. There's always a project in the works around these parts, but I don't think we'd want it any other way.