Since moving into the new house, we've encountered lots of critters (animals, for you non-Southerners). This is especially true since we no longer have 14 feral cats on the property. (Thank heavens for that!) 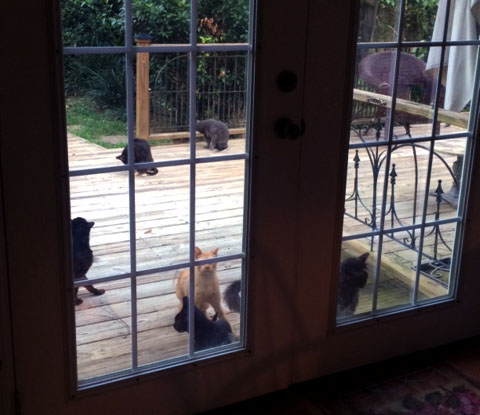 There have been birds and squirrels a-plenty ever since the cats were re-located. We saw NONE the first several months after moving. Just the last month or so, we've been inundated with critters of all kinds. For today's Friday Finds, I thought I'd share some of the wildlife we've seen. 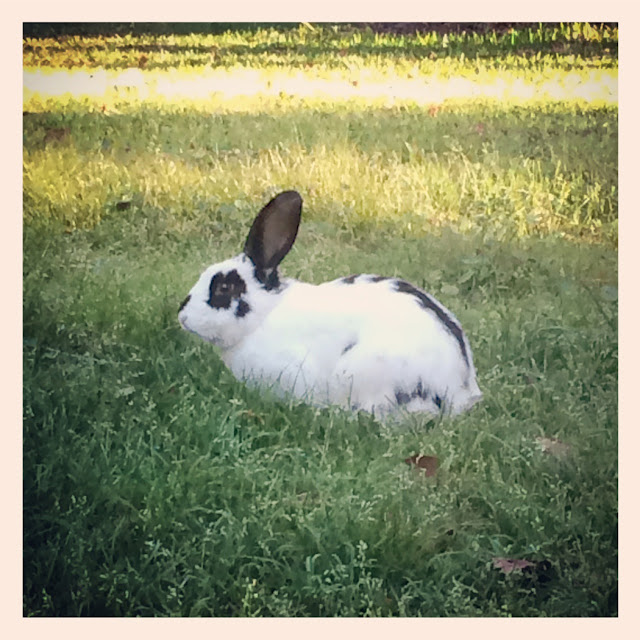 On and off we catch sight of this bunny. His coloring leads me to believe he was once a pet. However, he's no longer tame. We've named him though: Anthony HOPkins, Tony for short. We had to name him because we call all wild rabbits Steve and needed to differentiate between the Steves and this guy. . .obviously. 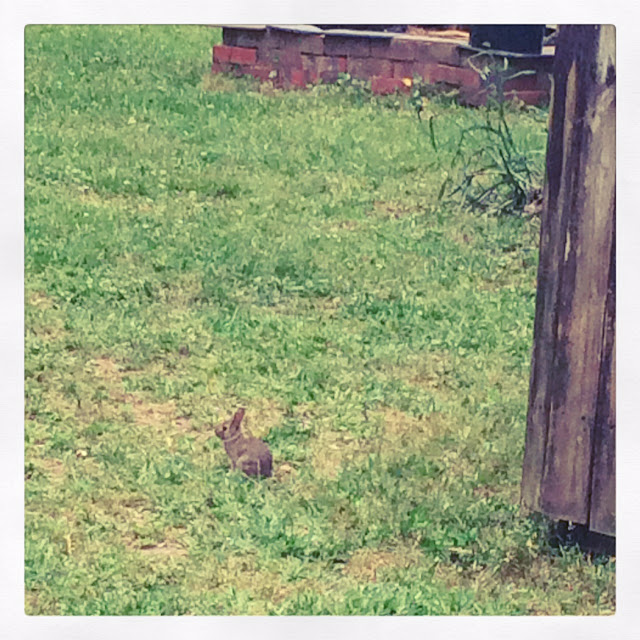 Speaking of Steves, Pat spotted this baby Steve last month. I've never seen such a tiny wild bunny before. He was so stinkin' cute!! 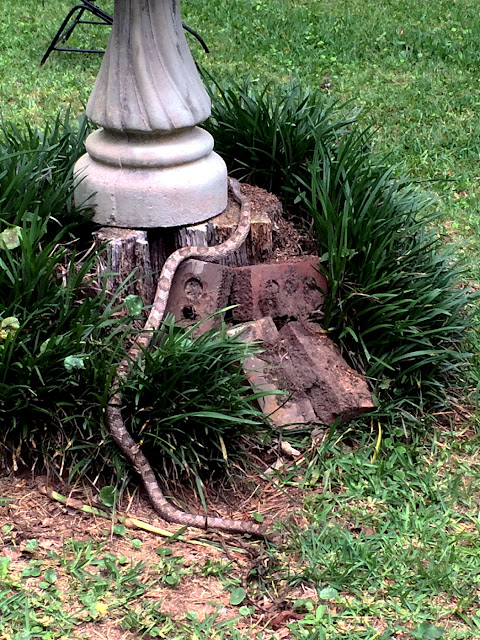 Not long after baby Steve hurried away, this oak snake took his place in the yard. (no worries, there was no chance the snake got baby Steve.) 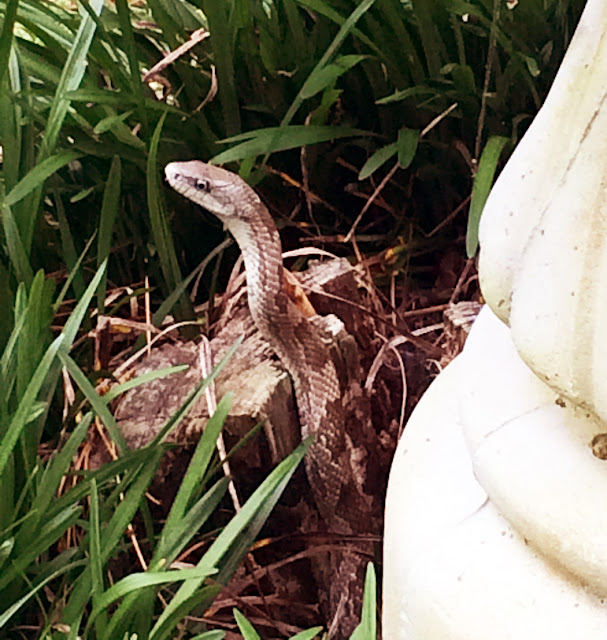 I know many of you are probably not snake lovers, but I personally don't mind having them in the yard as they are likely to keep rats and mice at bay. I call that a win in my book. 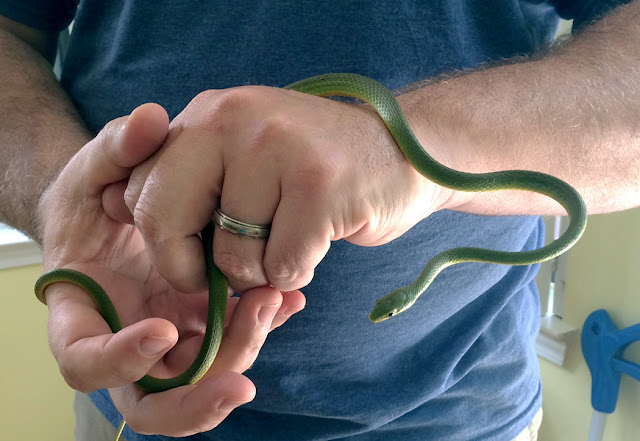 Pat also found this beautiful tree snake on the property. I love his pretty green color. Like the oak snake, he's non-poisonous. So, no worries!

All in one day, I spotted some other cute critters. 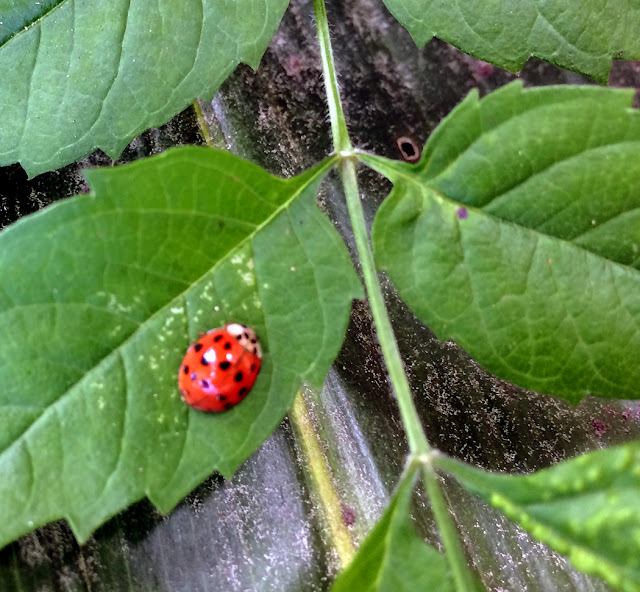 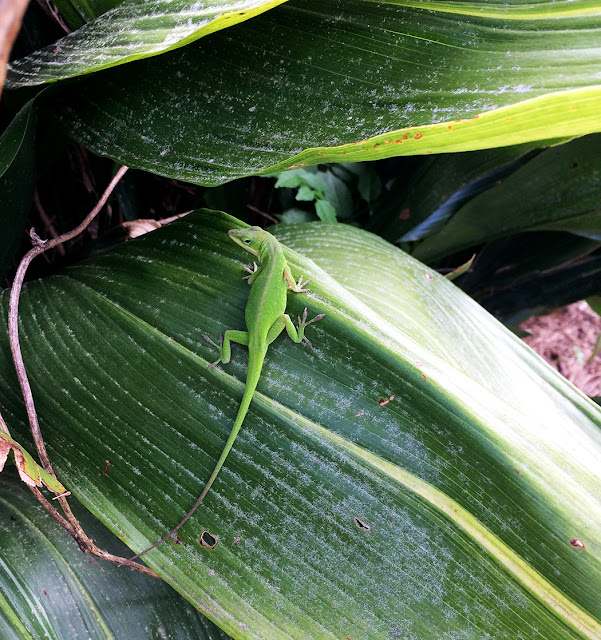 I was actually taking the picture of the ladybug when I spotted the lizard. We've got tons and tons of those little green lizards all over the place. We call them Leroy. . .

And, while in the pool that same day, Pat fished out this tiny frog. 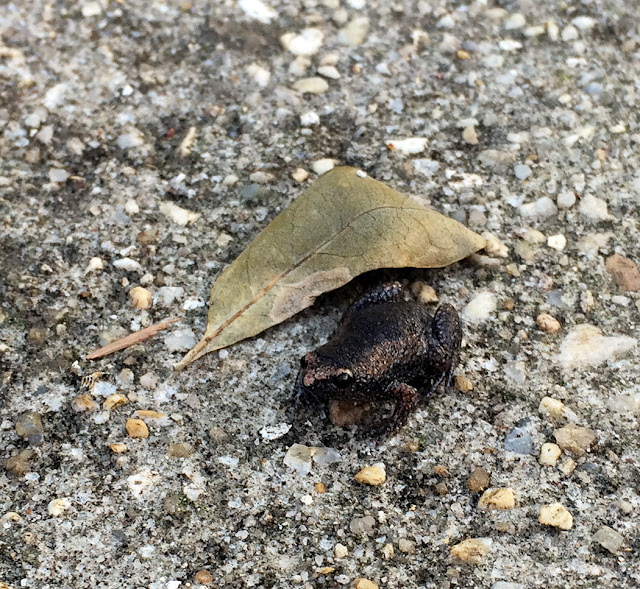 He's got a little bit of a copper sheen that we thought was super cool.

There've been tons of other critters out here. We've both spotted deer down the street, heard coyotes in the field behind the property, and watched fireflies in the early evening. As well, we're fighting and ongoing battle with armadillos (they're tearing up the yard.) As well, while in the pool one day, we watched a possum climb up a tree. This was after he took a tumble out of it. We've named him Giuseppe.

But, the cutest animals we're dealing with at the moment are these guys. 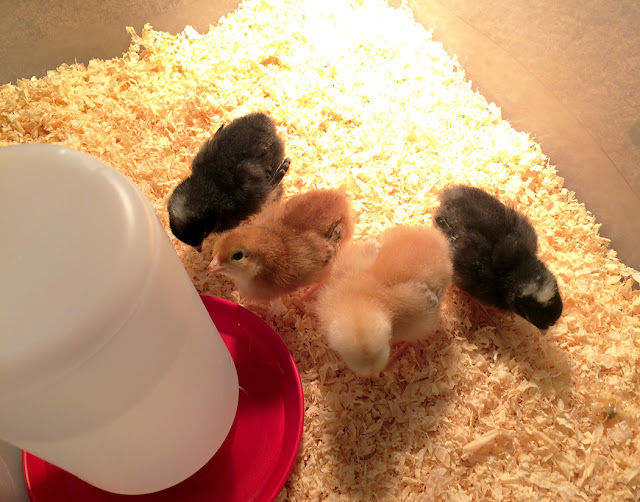 Yes, we got chickens. We bought them at the end of April. I was giddy and am still a little terrified. We joked that the people at the feed and seed store didn't even ask if we were farmers or knew what do do with them, they just let us walk out of the store with four chicks in a paper bag (they had run out of boxes.) We've since lost one of them. Chicks are fragile that way. They've grown quickly.


The picture above was them last week.  As of this morning, they look like this.
I can't believe how much they change every day. It's startling and fun to watch. Pat's already started on a coop for them so we can move them out of the hot chicks guest room soon. I'll share the progression of the coop once it's done. Told you I was a farm girl!

This is my first experience with chickens, and I'm still a bit nervous. So, if you have any advice. . .bring it!

I can't imagine we've seen all the animals that could be hiding out on the property, and I'm looking forward to finding more.