With Thanksgiving in the long ago past of yesterday, the holidays are definitely upon us. I had hoped to come home from my mom's full of enough holiday spirit to energize me to pull out the Christmas decorations. But, a full turkey dinner zapped that idea and gave me time to plan instead.

I started this morning by removing the live pumpkins and single gourd from my dining table display. 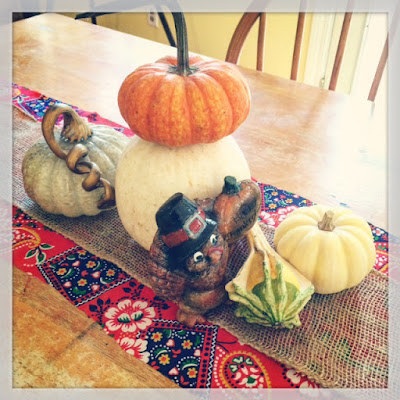 They went straight onto the cutting board 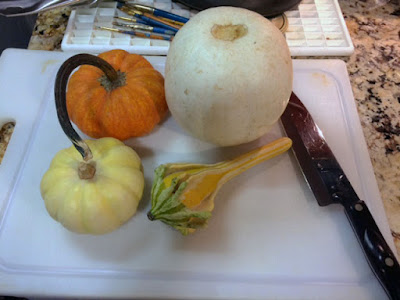 where I cut the pumpkins open. The gourd was too hard to cut and went immediately into the compost bin. 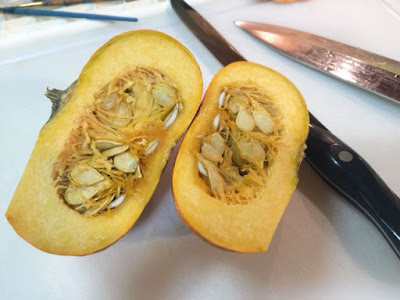 The seeds and guts were scooped out with a spoon and tossed in the blender. 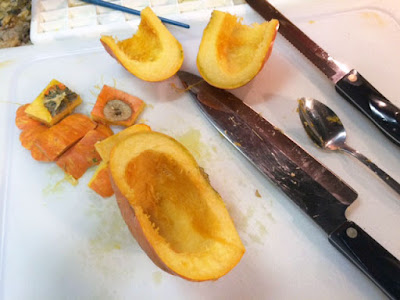 Larger portions were saved to go straight to the chickens while some of the flesh was cut from the insides for the blender. The tough outer skin was chopped small and tossed into the compost. 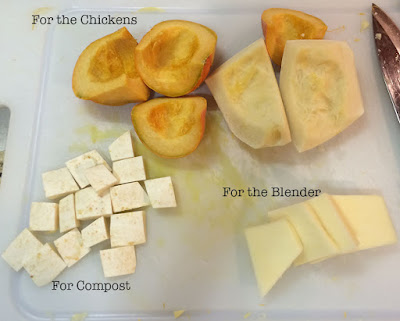 I took the portions for the chickens out to them, and they dug right in. 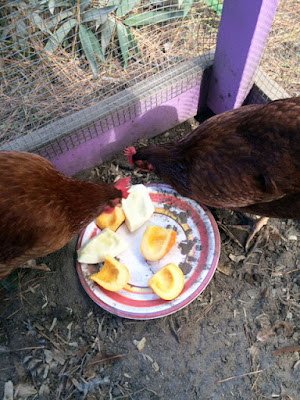 With the flesh, seeds, and guts in the blender; I shook in a few oats. 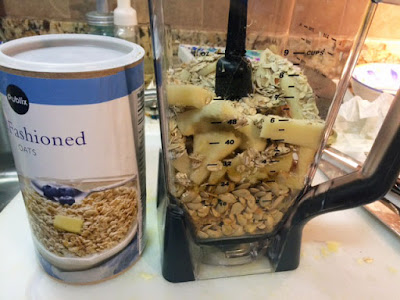 I think I should have probably used the food processor instead as I had to add water and keep stopping to push the seeds down the sides of the blender. Eventually though, I got the thick consistency I wanted. The paste-like substance was divided into three containers. 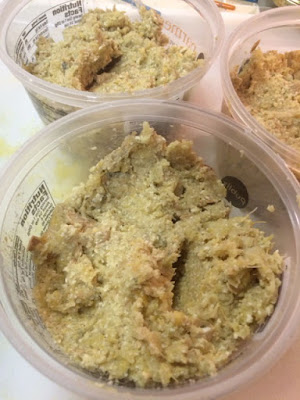 Then, they were labeled before one got placed in the fridge to use in the next day or two and the other two went in the freezer for later. 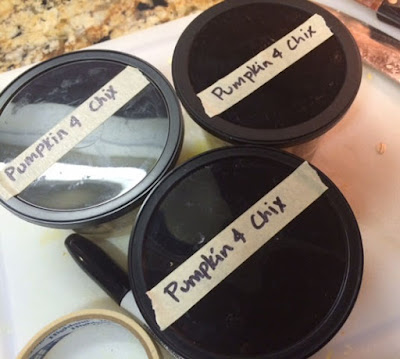 Now, here's hoping they like the paste as much as they liked the pumpkin

Up next? FINALLY getting those Christmas decorations out. How much decorating have you gotten done so far?